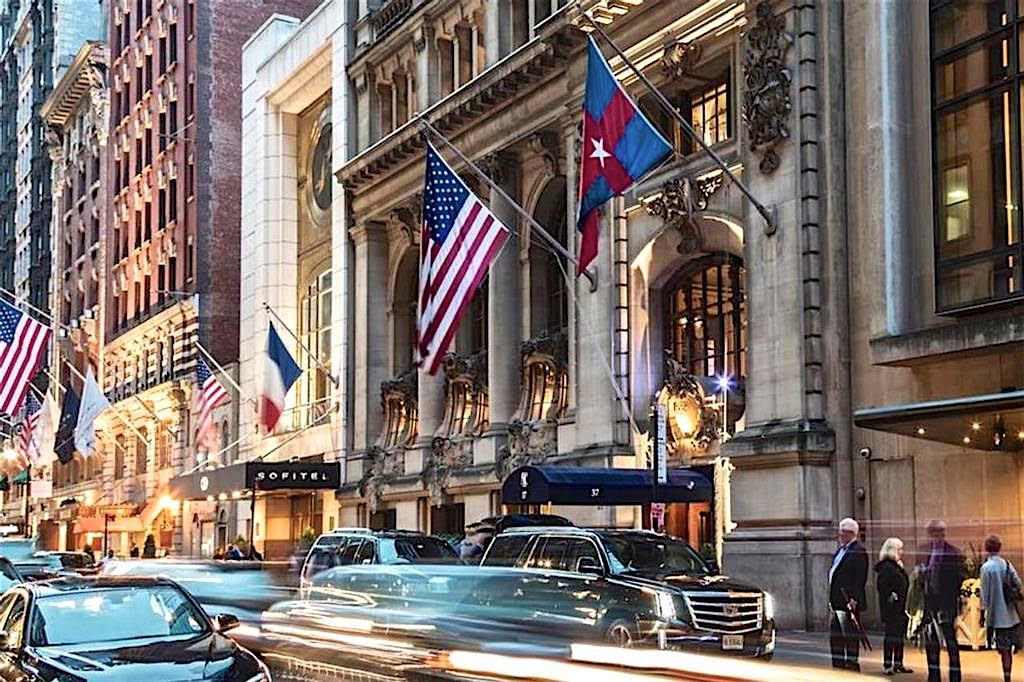 It’s easy to scoff at the pink-trousered grandees of the New York Yacht Club with their snobbish ways and silly straw hats. They do, indeed, often reek of East Coast wealth, privilege and a self-satisfied sense of entitlement. They are very easy to loathe. But…

You don’t get to those rarified levels of influence and power by being dumb. That’s a truism that the dockside critics who’ve been so quick to condemn the NYYC for their withdrawal from the next America’s Cup series might do well to contemplate. This was not an impromptu decision. The club clearly had some well-considered reasons for excusing itself from the continuing turmoil of AC37.

We can assume that their fundamental concerns relate to protecting the club’s reputation and standing (and not wanting to lose).

As the America’s Cup morphs into a purely professional and highly commercialised enterprise, the role and status of the challenging and defending clubs has been reduced to a cipher. They rarely play any genuine practical part in the Cup racing. They are more like a convenient stamp of legitimacy to satisfy the Deed of Gift provisions. The nabobs of W44th Street would not take kindly to being taken for granted.

But there are other factors that must have convinced the NYYC and its 3,000 members to suspend their traditional involvement with the Cup.

From a strategic standpoint there are too many unknowns. The venue is still not decided, there are no confirmed dates and the Protocol defining the boats, crewing conditions and racing format is also yet to be released.

Committing the hundreds of millions it now costs to be competitive in the America’s Cup before such a fluid situation is resolved would simply be bad business practice. While an individual billionaire might be prepared to accept that level of risk a club owes a duty of prudential care to its members.

In addition, there would seem to be issues of professed principle involved for the men from New York.

When, back in May, they proposed their own draft set of Protocols it was difficult to escape the impression that the NYYC was laying the groundwork for the dignified exit that has now transpired. Commodore Christopher J. Culver didn’t pull his punches, saying:

“The New York Yacht Club, as the original trustee of the event, has serious concerns about the history of this great competition. The cost of a competitive campaign, the lack of continuity in the class and the inability to plan beyond the current cycle have combined to create a prohibitive barrier to entry, which has manifested in the dwindling number of challengers and public interest.”

And the sting in the tail was the NYYC proposal that the Cup should have “enhanced and independent event management” which would provide “impartial oversight”. The implied criticism was impossible to overlook and, not surprisingly, that suggestion appears to have elicited no response whatsoever from Team New Zealand.

So, AC37 will now proceed without the involvement – even at a token or symbolic level – of the club that created the event and sustained it for more than a century. The W44th Street gunnery officers are keeping their powder dry. We can say what we like about their earlier long history of skullduggery, but that’s surely a shame. – anarchist David

Title inspiration thanks to Fear.