fuck you very much 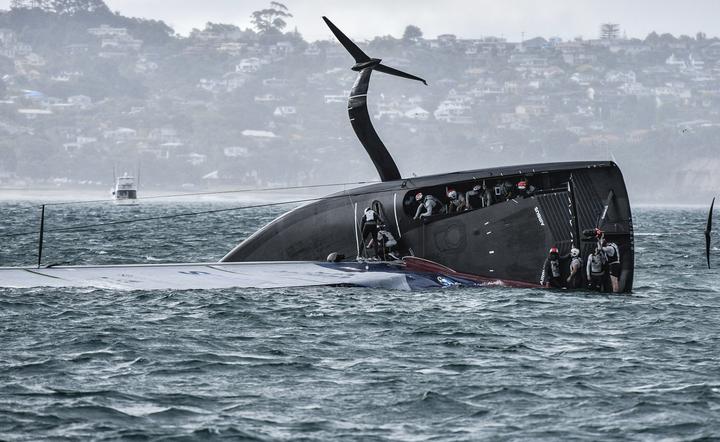 If we could think of one good thing to say about NYYC and American “Magic”, we would.

For 132 years the New York Yacht Club held on to the America’s Cup as if it was their own. Ben Lexcen even reportedly offered to lend them a spanner to unbolt it from its plinth.

Constantly invoking rules like the yachts had to make their way to the racecourse on their own bottom meaning the Brits had to turn up with an ocean capable yacht while they could defend with a coastal racer, or one of several coastal racers or even more than one defender at a time. Even to the extent that, when they appeared to be on the brink of losing the ‘Auld Mug’ in 1983 it was even considered to cancel the regatta entirely.

After a hiatus of over 30 years, they came back with their challenger, American Magic which unfortunately literally fell off the edge and failed to even become the challenger. Nothing wrong with that, it was a racing incident.

Upon successfully defending the Royal New Zealand Yacht Squadron accepted the challenge from the Royal Yacht Squadron (Racing or not, it is the same entity) as a legitimate Challenger of Record (CoR)

However, not content with writing the rules of engagement for 132 years the NYYC produced a “Protocol” of their own even though it was quite literally none of their business and also challenged the validity of the Roya Yacht Squadron (RYS).

The RYS were the entity which originally bought the damn Cup for One Hundred Pounds (not guineas as some misguidedly call it) from a London silversmith, they are also part of the organization that runs one of world’s major and best known ‘Annual regattas’, with most of the starts from their iconic start line in front of Cowes Castle. Cowes week, where a ‘quiet year’ sees 600 boats competing on an “Arm of the sea” – the Solent, one of the most tidally challenging racecourses on the planet so quite where they were coming from with their pointless validity challenge, God Knows.

Along the way they have parted company with their team, American Magic and instead appointed Stars & Stripes – you know the team that couldn’t even raise the funds to be at AC36. Just who divorced who, I’m not sure but I have little doubt that AM will be back except, like Dennis Connor, it won’t be with the boys from New York.

To further muddy the AC37 waters a couple of Kiwis tried the same trick of disqualifying the legitimate CoR after claiming to be trying to help the home team.

The only problem the New Zealand pairing of RNZYS & ETNZ appear to have is raising the required level of funding to run the event along with a competitive team, a level that doesn’t seem to be available in New Zealand – the America’s Cup is not a game you can play on the cheap and expect to win.

So what is the NYYC’s current situation with regard to The Cup. Well according to rumors emanating from close to the club they will take no part in AC37 which is a great shame for the tradition of the event and the club itself which was for so long an integral part of the intrigue and history of sports oldest international trophy, no matter whether you agree with some of the tactics or not.

It would also be one less potential challenger in an era where multiple challengers appear to be the norm and certainly the expectation of the media and the public at large. It has to be said however that there truly is only ever ONE challenger per cycle, the rest are just teams that ultimately failed at achieving that singular honor. A bit like those who call themselves “America’s Cup yachtsmen” when in reality they didn’t actually sail in an America’s Cup Match itself.

Of course they won’t be missed but their presence would certainly add to the touch of history associated with the event.  Photo rnz.co.nz

the wings of the rushing wind