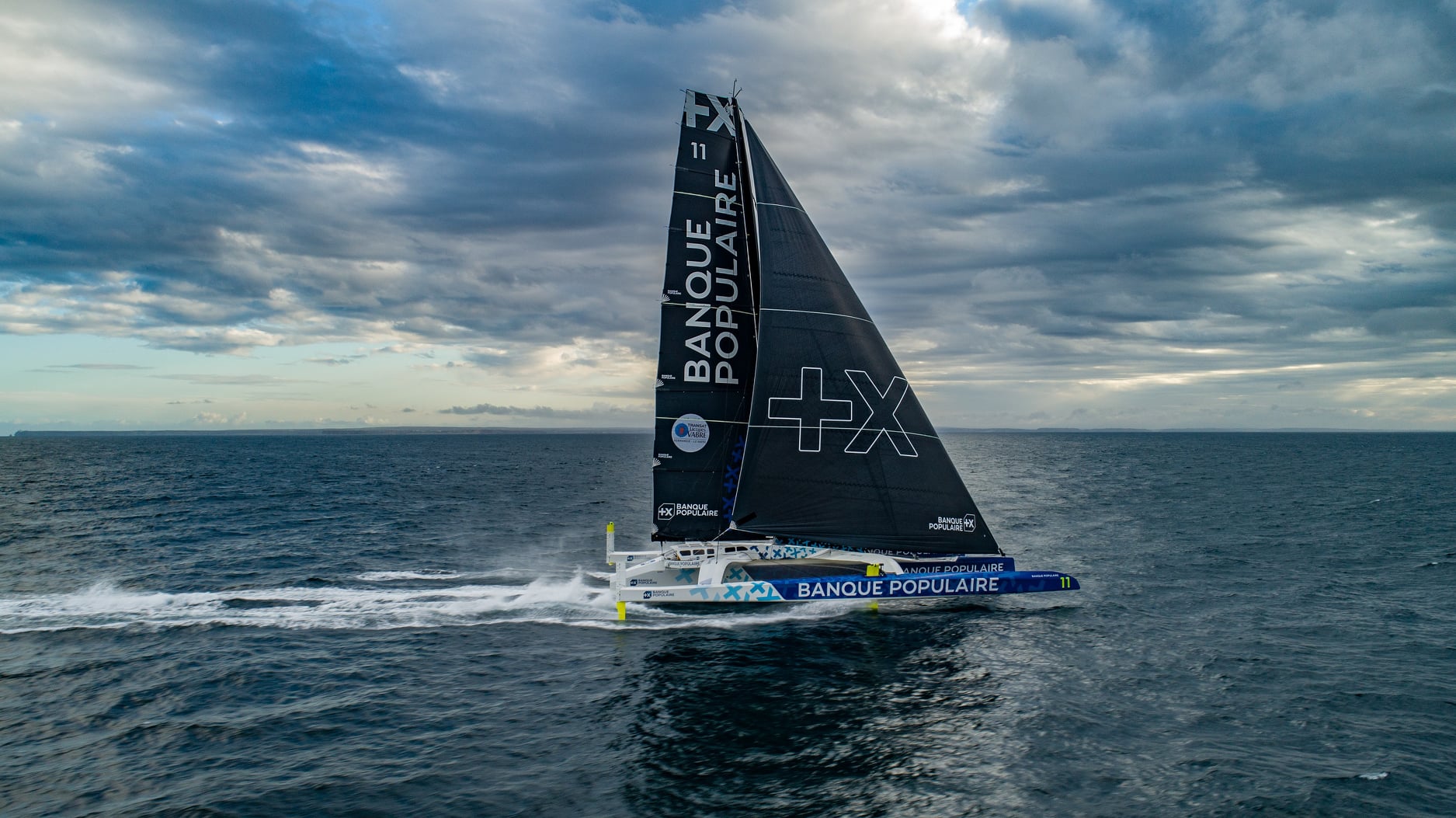 Surely a confidence-building competitive debut for Armel le Cleac’h and Kevin Escoffier onboard the new maxi-trimaran Banque Populaire XI, who have claimed victory in the Defi Azimut Ultim 400 mile sprint race conducted out of Lorient. Scheduled at the last minute, in an effort to give the Ultim fleet a first and last chance to do some competitive sparring in the run-up to November’s Transat Jacques Vabre, the race attracted 4 of the 5 Ultim’s that are registered for November’s Transatlantic main event. With Banque Populaire XI, SVR Lazartigue, Sodebo Ultim 3 and Actual Ultim 3 on the line, the only boat absent was the class’ current benchmark; Maxi Edmond de Rothschild, who is fresh off of a dominant performance in the Rolex Fastnet race.

Marking the first competitive outing for both Francois Gabart and Armel le Cleac’h’ new trimarans, the much-anticipated showdown was cut short when Gabart and co-skipper Tom Laperche turned back for port with reported hydraulic issues related to deploying and retracting the foil on the starboard ama. A small technical issue for Golden Boy Gabart and his team at Mer Concept, we have little doubt that the problem will be quickly fixed and the boat back in top form for the team’s TransAtlantic debut in November.

Extending on the rest of the small fleet in light to moderate air, Armel le Cleac’h and co-skipper Kevin Escoffier managed to hold off a hard-charging Thomas Coville and co-skipper Thomas Rouxel upon the light-air approach to the finish in Lorient. While this race was merely a practice run for the foiling monsters that dominate the headlines seemingly every time they line up, the Defi Azimut Ultim certainly has to be a nice way to ease the former Vendée Globe winner and three-time Solitiaire du Figaro champion back into racing on three hulls after what was surely a rather traumatic and confidence-rattling sequence of events with his last big trimaran. The Transat Jacques Vabre starts on 7 November.