Given that we all know that windmills cause cancer, this comes as no surprise… 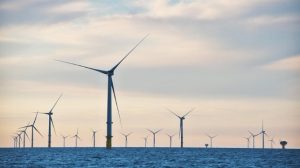 After reporting mixed financial results in the second quarter, with rising revenue but slim margins, wind turbine manufacturer Vestas has announced that it is closing three of its factories in Europe, including a facility that makes power components for one of its largest offshore models.

Vestas is the leading manufacturer in the onshore wind turbine market, and it has a portfolio of offshore turbine models as well, including a new 15 GW giant with the largest swept area in the industry. Scale is key in offshore wind project developments, and Vestas’ leap forward from 9.5 to 15 GW at the high end of its range will help it to keep pace with competitor Siemens Gamesa and GE, which have recently boosted the top end of their respective lineups to 14 GW.

Vestas’ factory in Esbjerg, Denmark makes power conversion modules for two previous generations of offshore wind turbine, the V164 and the 9.5 GW V174. The factory employs about 75 people, and it is on the list for closure. “As demand for these modules will gradually shift to markets primarily outside of Europe and be delivered via more localized manufacturing facilities, Vestas expects to conclude production of power conversion modules in Esbjerg during the first half of 2022,” the company said. Read on.

cloudy with a chance of meatballs