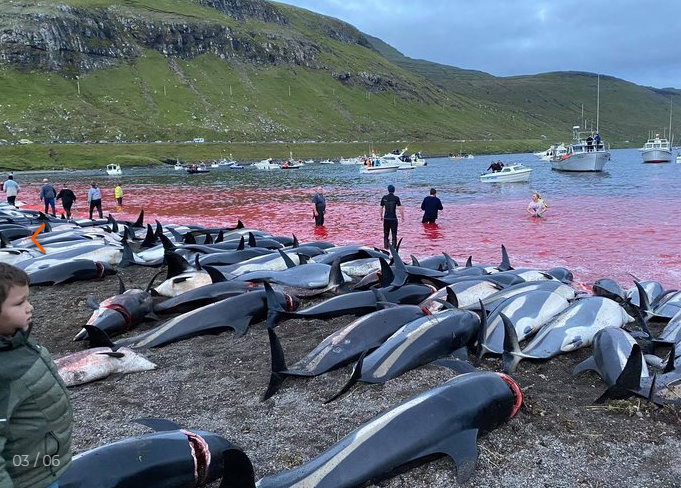 We don’t give a fuck if you don’t think this belongs on our site or not. We know it does. This is a brutal murder of  1,428 of one of this earth’s most treasured species. It is unacceptable by every measure, and we are horrified beyond belief. You should be too.

On Sunday night, September 12th, a super-pod of 1428 Atlantic White-Sided Dolphins was driven for many hours and for around 45 km by speed boats and jet-skis into the shallow water at Skálabotnur beach in the Danish Faroe Islands, where every single one of them was killed.

While Sea Shepherd has been fighting to stop the ‘Grind’ since the early 1980’s, this latest dolphin massacre was so brutal and badly mishandled that it is no surprise the hunt is being criticized in the Faroese media and even by many outspoken pro-whalers and politicians in the Faroe Islands.

someone kill the videographer