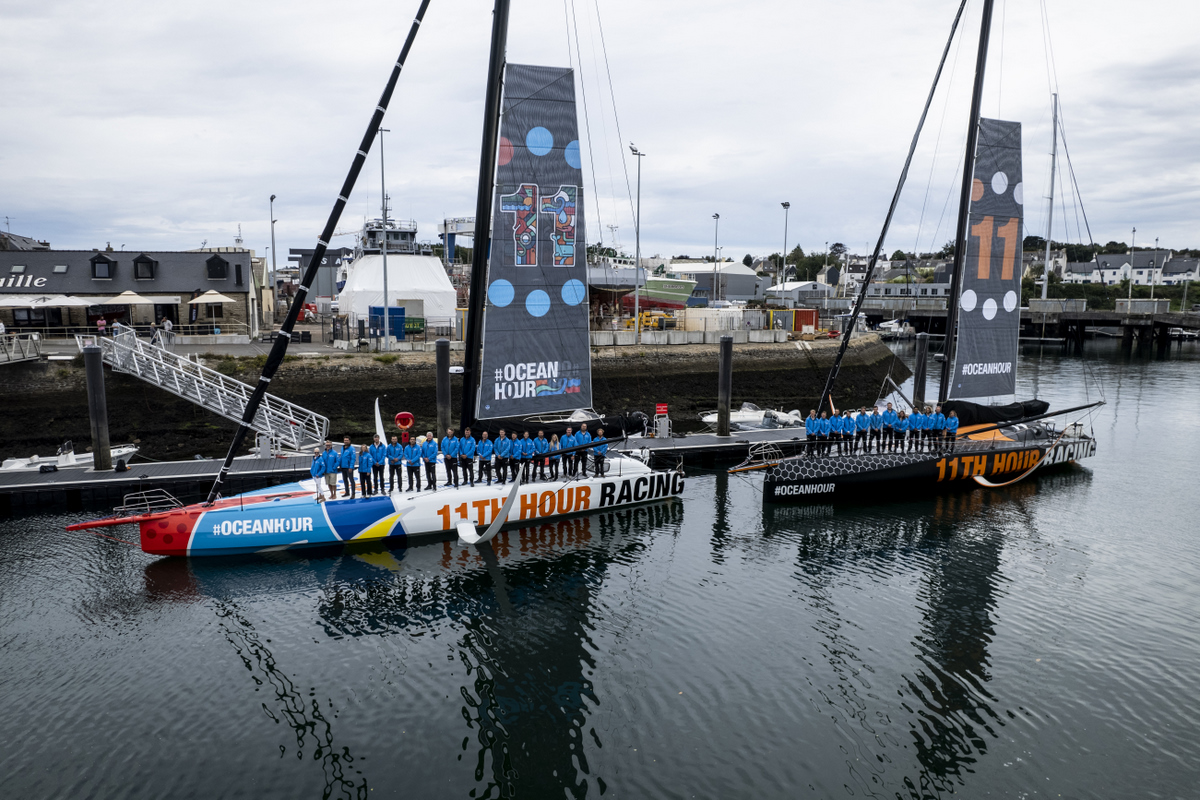 As the 11th Hour Racing Team prepares to make its competition debut with their new IMOCA tomorrow – the first IMOCA designed and built from the ground up for fully crewed racing – that boat now officially has a name; Mālama. A word meaning ‘to care for’ in the Hawaiian language, the name is representative of the team’s central focus of being stewards for the environment and to care for and protect our oceans. It’s also in honor to team CEO Mark Towill’s Hawaiian heritage. A team that has truly put its money where its mouth is in regards to fostering innovative and meaningful change in the sailing world, we’re stoked to see how this new IMOCA stacks up against its solo and doublehanded-centric competition in the upcoming Defi Azimut regatta which begins tomorrow off of Lorient.

Fielding a two-boat program with both Mālama and their original IMOCA, formerly Hugo Boss, but now known as Alaka’i, the American Ocean Race team has put forth a very diverse and talented crew that consists of four co-skippers between the two boats including one female in Swiss phenom Justine Mettraux.

With American Charlie Enright once again sailing alongside Frenchman Pascal Bidegorry on Mālama and Justine paired up with Englishman Simon Fisher onboard Alaka’i, the 11th Hour team has surely set themselves some pretty lofty expectations after strong results in both the 2019 Transat Jacques Vabre and in this year’s Rolex Fastnet race, where the two doublehanded teams earned impressive 4th and 3rd place finishes, respectively.

The first event on the docket for the Defi Azimut, will be its famed ‘speed runs’, in which the boats run back and forth over a one nautical mile course to try to establish the shortest time and highest average speed. Following the infamous speed runs will be a 48-hour doublehanded race into the Atlantic and back, with a media man onboard each boat, and then the more low-key tour of Ile d’Groix, off of Lorient; a short race that allows teams to perform plenty of maneuvers and sail changes within view of the spectator fleet. All sixteen doublehanded teams entered in the Defi Azimut will be racing in this November’s upcoming Transat Jacques Vabre from Le Havre, France to Martinique in the Caribbean.

Check this video out. Above photo by  Amory Ross.