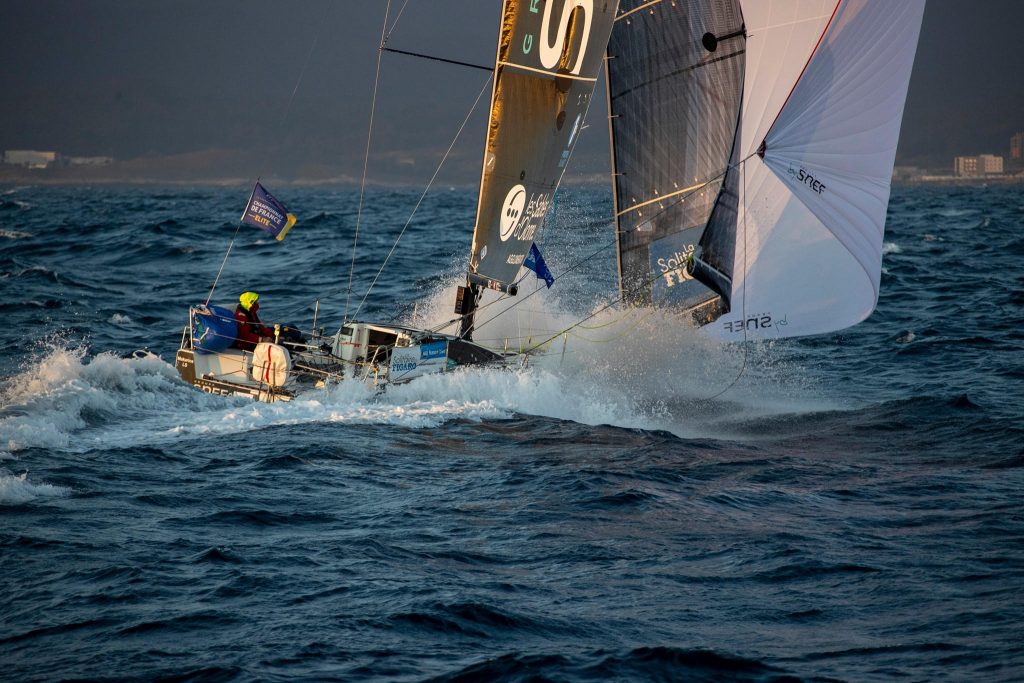 A dominant victory in stage 1 of the La Solitiare du Figaro for class veteran Xavier Macaire, who led nearly wire-to-wire to claim the win in the 689-mile opening stage from Saint-Nazaire to Lorient.

Sailing through a wide range of conditions, Macaire and Groupe SNEF gapped the fleet to win by nearly an hour over Pierre Quiroga onboard Skipper Macif 2019; an eternity in this class and at this level. Rounding out the podium was Francois Gabart’s new TJV co-skipper Tom Laperche onboard Bretagne CMB-Performance. It was a humbling first leg for the two Americans in this regatta, Francesca Clapcich and Jesse Fielding, who finished 26th and 32nd respectively, in this talent and experience-rich 34 boat fleet.

The second leg of this 52nd edition of the Solitaire du Figaro, a 490-miler from Lorient up to Fécamp, in Normandy, began Sunday. Check out LaSolitaire.com and @lasolitairedufigaro on the gram.