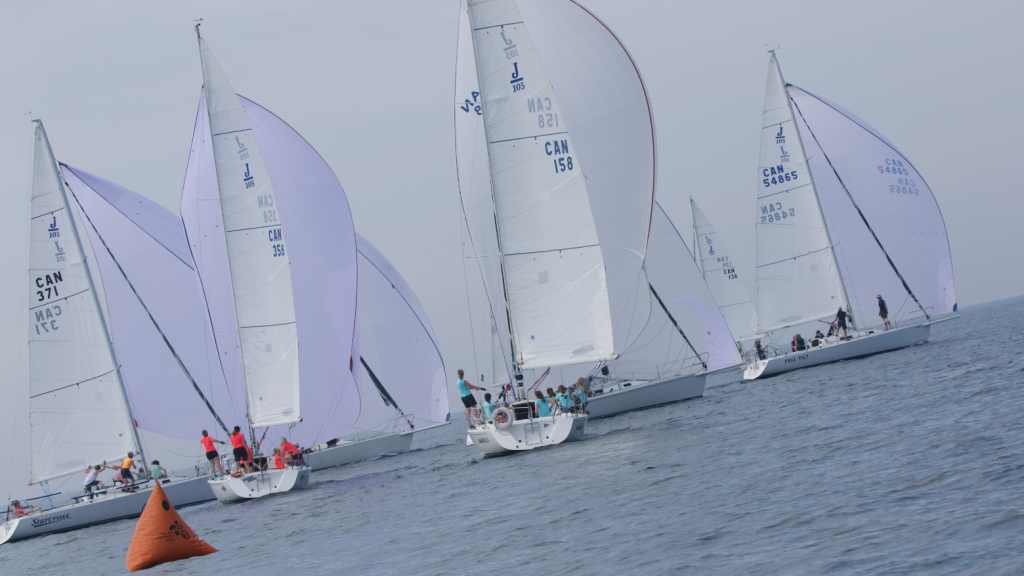 On Saturday, August 21 the strength of women’s sailing was on full display in the inaugural J/105 Ontario Women’s Championships at the Royal Canadian Yacht Club on Lake Ontario, Canada. The event was created by J/105 Fleet4’s Doug Bullock and female J105 skipper Kathy Pask to lower the barriers to women racing in the fleet. Kathy’s goal was to encourage and welcome women sailors at every level to participate in the event. The result was twelve J/105 boats and 96 competitors with an overwhelming enthusiasm with participation ranging from local club sailors to Olympians and ages that ranged from 15 to 70 years.

Early on the goal became to run a “Regatta for Women by Women” Felicity Rodness was the Regatta Chair, Kathy Pask as the Regatta J/105 Organizer, Anne Sanderson as Race Committee, and Lynne Beale as the Jury.

On the day of the event, what looked like a no-wind day turned into champagne sailing and very tight competitive racing with boats finishing within seconds of each other in a total of 4 races. The skilled competitors and close finishes had one of the largest spectator fleets cheering from the sidelines in which many said were some of the most competitive racing they’d watched. Read the full story here.