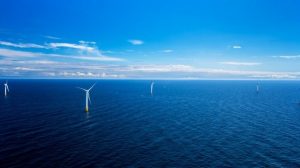 Offshore wind farms are an increasingly common sight overseas. But Australia has neglected the technology, despite the ample wind gusts buffeting much of our coastline.

More than ten offshore wind farms are currently proposed for Australia. If built, their combined capacity would be greater than all coal-fired power plants in the nation.

what is it for?