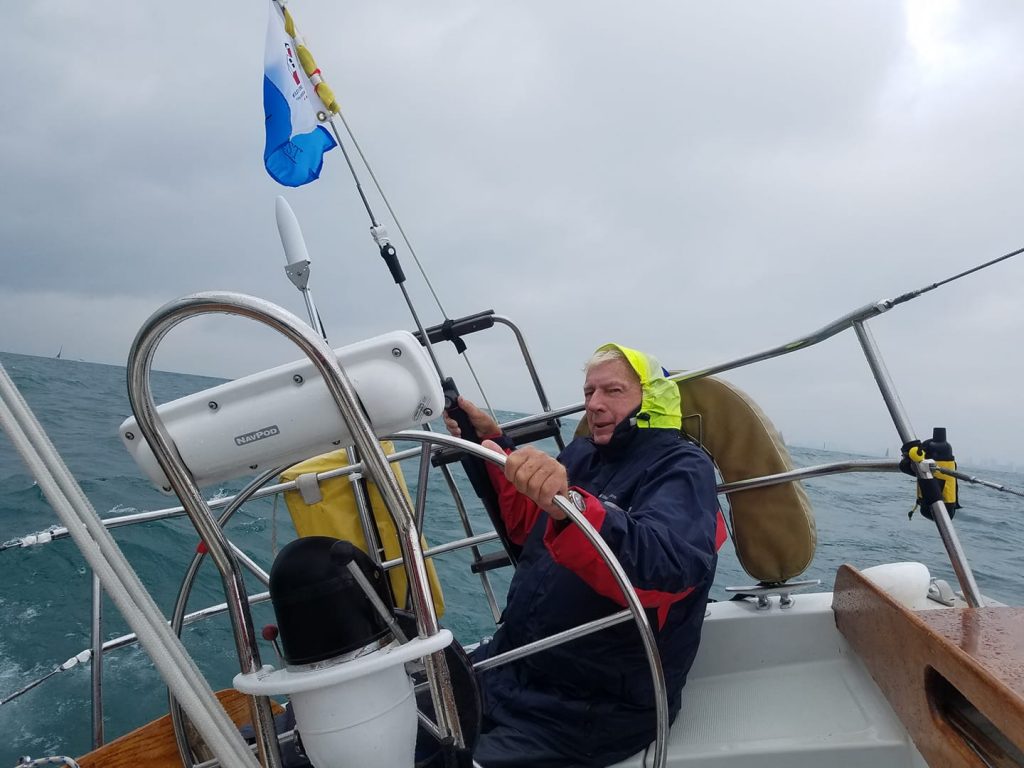 In every sport the debate always rages about who is the GOAT – Greatest Of All Time. For the NFL, Tom Brady, until Mahomes gets a few more years and Super Bowls under his belt. Basketball, Jordan or Lebron? Golf, Tiger or Jack? In NASCAR we know it’s Kyle Busch. Hockey is Gretzky. Skiing, for women, Lindsay Vonn (who was recently seen trying kitesurfing – maybe a new sport, and Olympics, for her?).

But how many sports actually have an award for the oldest GOAT who is still participating? In sailing, we have that exact type of award. The Chicago Mac Race sets the standard. The 112th race starts this coming weekend, and on the starting line for his SIXTY SIXTH race is Gene McCarthy. There’s even a website about all the Goats.

He’ll be sailing on his daughter Gail McCarthy Turluck’s boat this time, aptly named “Island Goat Express”. Participation in the Chi-Mac is a McCarthy family affair, as Gail has done 44, and son Glenn 40+. His boats have been many and widely varied over the years, including a sled and the Ericson 35-2 he’s steering in this photo. And yes, that is the same boat that your much-adored editor bought and renamed Anarchy V!

By the way, Gene is 91years old. The boat this year, a Tartan 10. How many of us would want to do a simple overnight race, let alone a 333-mile race on Tartan 10? Probably you can add Stud to Goat. Clearly, Gene, who also has sailed Stars for years, is ignoring the advice that Star World Champ Tom Blackaller used to espouse – never sail on a boat shorter than your age. Seems that Rambler 88 wouldn’t work either for Gene. Maybe Comanche will be available next year.

Probably the best way to sum up Gene this year is that GOAT means – Gentleman On A TartanTen.