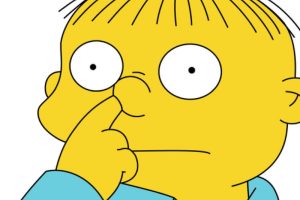 With the news that no spectators will be allowed at the Tokyo Olympics next month, it only reinforces what we called for months ago, and that is to kill the olympics.

Because who could have possibly seen this latest turn in the Olympics happening, I mean besides everybody who wasn’t blinded by greed, ego and power? But no, The Show Must Go On, no matter what. Covid, Shmovid, right IOC?

So now there are thousands of people scrambling to cancel and get their money back for tickets and flights and hotel rooms and hookers. And the games will not only ring hollow, but they will also sound hollow – not a single fan to cheer or curse their favorite athletes or hated countries. Plus, we’d guess the athletes are super bummed, as is NBC as they scramble to reformat their broadcasts.

It doesn’t affect the sailing, as practically nobody goes there to watch in person anyway, and certainly, almost nobody watches it on the telly. And until Cayard the Great restores US Olympic sailing to his vision of American Exceptionalism (what, in about 10 years?), there won’t be much to watch for the yanks anyway…

from russia with love