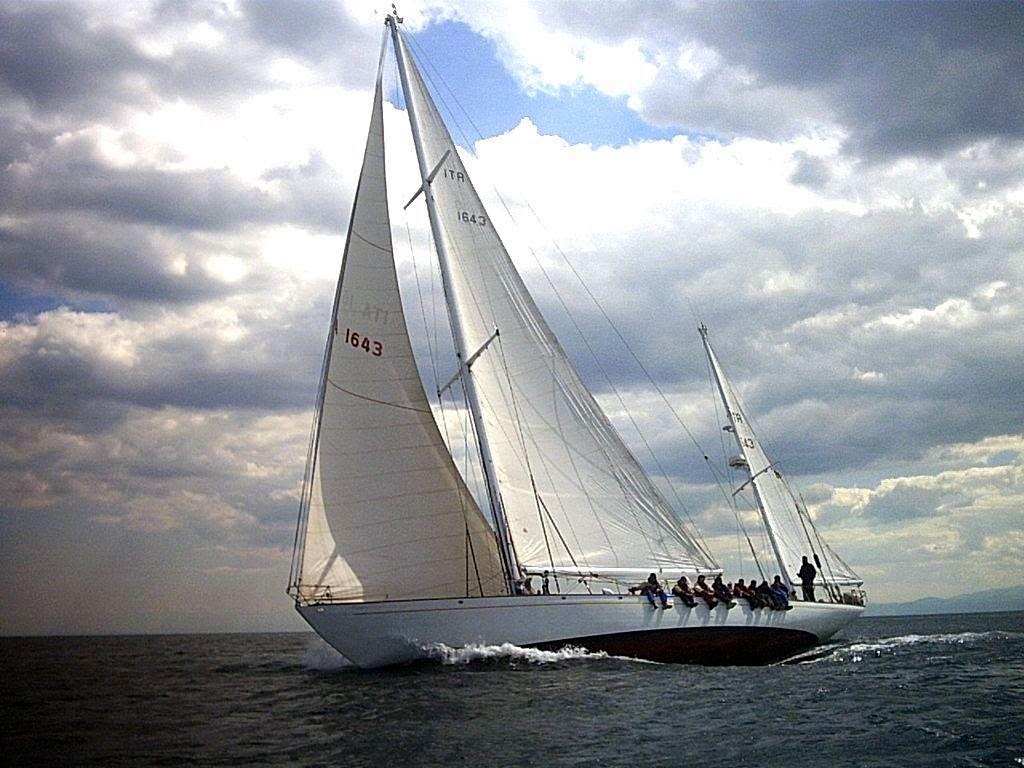 The sad news of Seattle sailor Greg Mueller, who perished this week after being jerked overboard during a race at Anacortes, recalls a strikingly similar incident more than 50 years ago.

Mueller apparently stepped into the loop of a spinnaker sheet just as the sail filled. The force lifted him off the deck, then held him upside down in the water as he was unable to free himself from the line.

Rewind. For the 1965 Sydney-Hobart race the Italian navy entered their elegant 69-foot training yawl Corsaro II. The yacht (above) has recently been restored.

Off the coast of Tasmania the navigator, Lieutenant Franco Barbalonga, was flicked overboard by a wire spinnaker brace. The crew, many of whom were only young cadets, failed to retrieve him.

Miraculously, the much smaller Australian yacht Corroboree was running South down the same heading. After a brief search they located Barbalonga and hauled him aboard – cold, in shock, but alive. By then he was wearing just one sock.

Corroboree rejoined the race and the lieutenant was safely taken on to Hobart. He later presented the sock to the yacht’s sailing master as an expression of his gratitude.

Regrettably, not every crewman pitched overboard during an offshore race has enjoyed such a lucky escape.

it takes two to tango