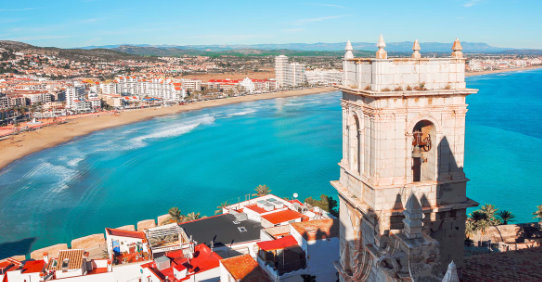 It has become trite, these days, to complain that professionalism is undermining what little is left of the Corinthian spirit in sailing. The impact of money on the sport is self-evident. Less apparent, though, is the way that commercial imperatives are now eroding national loyalties and even some of our fundamental assumptions about social responsibility.

An initial case in point: it is difficult to believe that ETNZ boss Grant Dalton would be so tone-deaf to public sentiment in his native New Zealand that he did not anticipate a speedy backlash to the team’s rejection of a $100m offer from his government and city council to keep the next America’s Cup regatta in Auckland.

For Dalton and his syndicate, this could be just an early gambit of high-stakes bluff to extract a better offer, but they might have misjudged the vehemence of local reaction.

Rawiri Waititi, co-leader of the Maori Party, a minority group in the New Zealand parliament, voiced the concerns of many Kiwis when he released a statement condemning the America’s Cup as a “rort”. He accused Dalton’s syndicate of “selling their souls to the highest bidder”.

Waititi also reminded New Zealanders of the hundreds of millions they have already contributed to AC campaigns from tax and rate revenues over the past 20 years. Declaring that the Cup should now be “banished from our shores” he argued that the $100m would be better spent on the poor and homeless.

Those are, of course, easy points for any populist politician to make. But there’s no doubt they will resonate with New Zealanders grown weary of America’s Cup hype. The ETNZ decision to auction off hosting rights to AC37 to whichever city in the world promises to pay the most does little to enhance a sense of national pride.

The knock-on effect of Dalton’s commercial pragmatism did not take long to surface. Immediately after the 90-day negotiation window with New Zealand had closed last week the city of Valencia in southeastern Spain put its hand up to host the Cup.

But where would all the money come from in a country still emerging from the disaster of the coronavirus pandemic?

The answer is breathtaking in its cynical opportunism: Valencia proposes to finance its AC37 bid by dipping into the €750 billion fund established by the European Union to assist member countries in their recovery from the economic effects of COVID.

That strategy may not go down too well with the more than 80,000 families in Spain who have lost at least one member to the virus, including the 7,407 deaths to date in the Valencia community.

Hundreds of millions to be spent just so a handful of blow-in billionaires can enjoy a sunny Mediterranean location to play boats for a few months? That’s unlikely to attract many votes at the next Valencia municipal elections.

Meanwhile, our old friends at SailGP are savvy enough to concentrate their public relations effort on feel-good topics as a distraction from the increasing irrelevance of the event itself and the money it wastes.

Following the Taranto regatta they have now issued a 1,330-word media release that talks about everything except the sailing. We are told (in the usual hyperbolic house style), that SailGP had “used its platform for purpose to break boundaries in sustainable sport and champion a world powered by nature”.

This, they say, took the form of “local community engagement, collaborating with host city authorities to support projects delivering a positive social and environmental impact”. In practice it apparently boiled down to planting 50 poplar trees (Sir Russell planted the first one!) and drawing some power from 332 square feet of solar panels (that’s a bit more than the area of one SailGP jib).

Warming to their carbon-neutral theme, the PR flaks would have us believe that the decision to leave the TV team to produce the race coverage remotely from London rather than on-site at Taranto was “innovative” and would save “45 tonnes of CO2”.

The truth is that commentating ‘off tube’ and adding graphics and video inserts from a remote studio are common techniques that have been used by television sports broadcasters for at least 40 years. The more likely reason the SailGP production team worked from the UK rather than on location in Italy was to save Larry Ellison money on travel, accommodation and living expenses.

And, if Coutts and The Man from O.R.A.C.L.E are really so concerned about their carbon footprint, why don’t they just cancel the whole silly circus? – anarchist David.

Well, why don’t they?