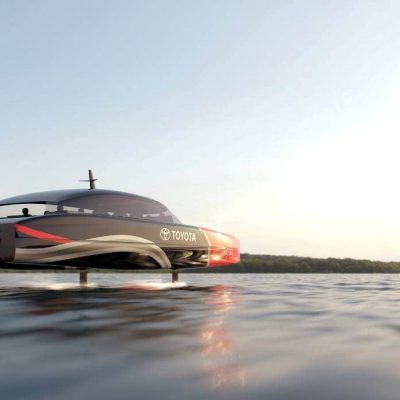 As I sit up here on lofty perch and watch the America’s Cup and sailing evolve, I wonder about a lot of what has gone in the name of technology, but which is really just about a paycheck.  Nothing wrong with getting paid for doing things around the AC, we paid designers and builders (though not much, because they were mostly slaves, but whatevs) and sailors who took time off from their day job as fishermen. We wanted to crush the foreigners, and we did, until that hack DC didn’t cover downwind.

The boats have gotten wild since my time, though we always just wanted the fastest boat, so this foiling stuff makes sense.  The Deed of Gift has served the event well, and made a couple of lawyers a lot of money in the process.

What we never contemplated was mandating a certain type of support boat.  The latest announcement about hydrogen-powered foil assisted support boats is interesting in some respects.  However, talking about being carbon neutral and green technology this and that….oh please, just stop. Please provide a calculation about the carbon belched into the air through the creation of all these boats and get back to us when you can demonstrate true carbon neutrality.  You know, sustainable…

Does the sport really need $1 million chase boats?  Do we need chase boats at all?  We seemed to live just fine without them when the likes of Reliance graced the waters.

Instead of focusing on chase boat power technology, why not employ this energy system, or electric, or whatever, in the boats that actually are racing? Why is the sport stuck in the 18th century and only wants to glorify human power?  The AC is really nothing but the World Grinding Championships. Make it easier to sail faster, and put obligatory girl, like Aly Di Nas/Harbor Hotness on the bow and watch the TV ratings increase.

The Kiwi’s and the fracker Brit can try to greenwash the AC all they want. Dudes, nice try, but instead keep the focus on sailing and fun. We see right through your hypocrisy to get a paycheck.

The Ghost of George Schuyler

how the sausage is made