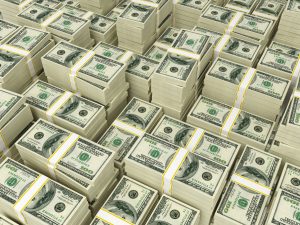 There is no doubt in my mind that the 2020 Tokyo Olympics will go ahead, there is too much at stake. Too much money that is. TV rights were sold (probably) years ago, and the venues have been built and tickets sold.

The competitors have their flights booked and Olympic Committees around the world are probably already working out how much government support they will get dependent on how many medals (and of which color) the team members they send to Japan will return with.

The Olympics have changed almost out of all recognition from the vision of Pierre de Couberon or the early games where, when one athlete refused to compete in heats on a Sunday for religious reasons, it was eventually made into an Oscar winning film. Now the whole thing is one huge show.

So much fuss for a sporting event that only runs every four years with so much fuss made of ‘Olympic Gold’.

Take for example Simone Biles, an extraordinarily talented female gymnast who won 4 Gold medals (plus a bronze) at the Rio Games. Hell of a result but little is ever mentioned of the 19 Golds, 3 Silvers and 3 bronzes she has won at World Championships over 7 years which proves that she didn’t just peak for one event but has been truly dominant for a long time but, the IOC has a hell of lot of clout, particularly financially.

It is loaded against the Olympics in Tokyo, the US is advising people NOT to go to Japan at the moment, the Japanese organizers are saying ‘locals only’ as spectators – nothing like a home crowd to boost the Japanese athletes now is there?

10,000 registered volunteers have backed out citing fears over the COVID virus, Japan is in a surge at the moment, which while easing is still reporting thousands of new cases daily. Japan is way behind on vaccine delivery,  a leading newspaper has accused the government of continuing with the Olympics “against the will of the people”,  and the CEO’s of a number of significant Japanese companies have come out against going ahead with one calling the Games a “suicide mission”.

The state of emergency in Japan will run to at least 20 June, just one short month before the Olympic Opening Ceremony, and a prefecture close to Tokyo cancelled the Olympic Torch Relay through their area due to COVID fears.

Then throw into the mix, athletes from across the globe, tested for sure but it wouldn’t take many to get under the radar and you could be looking at the super-spreader event to end all such events. It reminds me a little of the James Bond movie ‘On Her Majesty’s Secret Service’ where Blofeld was going to send out his seekers around the world, only this time it could be for real.

SO why am I so confident the 5 Ring Circus will proceed? One word Money!

The IOC needs it, how would they be able to fund ailing sports federations (a bit close to home I know) if they themselves have their income dramatically cut? The athletes need it, after all most of them are professional these days and many endorsement contracts  are influenced by the number of (Olympic) medals the athlete gets; Of course the coach’s gravy train would end if the athletes funds are cut, as well as potentially other governing bodies (global and/or national) tied to the IOC’s apron strings.

TV & Media wouldn’t suffer so much, they could just give more coverage to the multitude of ANNUAL Word Championships that would then become more prominent and, dare I say, relevant in determining an individuals prowess at their chosen sport. Of course the likes of breakdancing might struggle for the sort of prominence that the Olympics would bring. (don’t dis it, yo. – ed)

And what of our own sport? Does sailing really need the Olympics? Sure our governing body needs the IOC’s money; the World Sailing CEO recently declared they would have gone bust last year without the load/advance from the IOC.

In return we have to dance to the piper’s tune all for a quadrennial regatta for less than 400 sailors – surely we are better than that, but World Sailing clearly needs the money.

I doubt if there is a sport that can collectively count a wealthier group of participants than our sport, even equestrian is a pauper compared to the wealth that goes sailing and yet our governing body virtually had to get out the begging bowl last year.

That’s one of the troubles when a supplier (World Sailing) depends on a customer (International Olympic Committee) for such a large part of its turnover. The customer reins back on its commitment (sailors numbers at successive Olympic Regattas are being reduced) and the supplier becomes less relevant.

Or perhaps it has to introduce new product lines to keep that major customer happy instead of what is right for it’s overall customer base. The refusal of the Offshore event in favor kites hardly reflects the numbers taking part in organized competitions.

As I said at the head of the piece, I have no doubt the Games will proceed in 6 or 7 weeks time just as I am pretty sure they will continue beyond Paris in 2024. Of the fact that sailing will still be one of their ‘suppliers’ well into the future, I am not so sure.

Perhaps now is the time for World Sailing to open up the discussion to their customers, in other words US. By US I don’t mean the MNAs, the Class Associations, the Committee Members and so on, all of whom have vested interests (only natural) but the grass roots sailors, the rank and file on whom our great sport is built.

Pebble in the pond perhaps but our sport needs to do some serious introspection.

By the way, I have no downer on the Olympic spectacle at all. I will be glued, just like most sports fans, all the way from the Opening Ceremony through to when the athletes start filing out as the lights dim at the end of the Closing Ceremony.

That’s not to say I wont have my fingers crossed that they pull it off successfully.