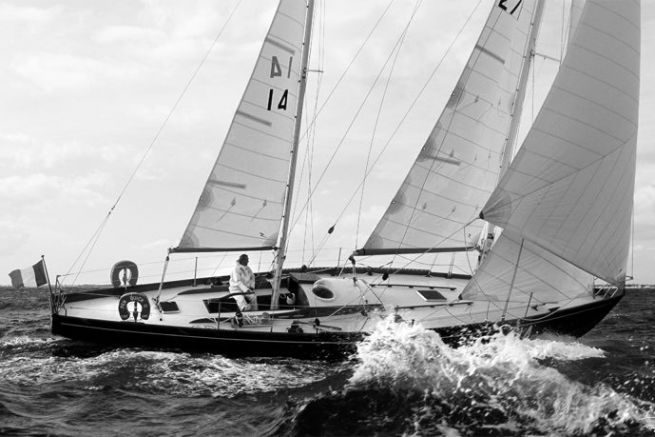 On May 23, 1964, Eric Tabarly set sail from Plymouth to participate in the second edition of the English Transat. The rules were simple: to link the United States (Newport) from England in real time. The first one to arrive won!

In the first edition 4 years ago, it was Francis Chichester who won on Gipsy Moth III in 40 days. This legendary British sailor hopes to take less than 30 days on the same boat for this edition. This will be without counting on the young Frenchman Eric Tabarly who had a brand new boat built for this edition.

The downwind start from Plymouth at 3:00 pm, saw the competitors set off. Tarbarly immediately got into competition mode and set the spinnaker. Not having yet invented the sock, he used strands of wool to fully hoist the canvas before it inflated. On Pen Duick II, the spinnaker measures 82 m2. As soon as the evening fell, while the competitors lost sight of each other, Tabarly was in the lead. Read on.