see you in court 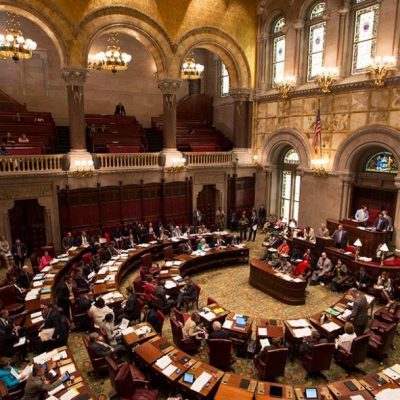 Yachting journalists keen to get a jump on their rivals in reporting the next America’s Cup are no doubt already checking accommodation options in Cowes and Auckland. They would do better to start looking for a decent hotel room in New York state.

When the INEOS/UK team lodged their “Challenger of Record” paperwork a nanosecond after New Zealand retained the Cup on March 17, they claimed to assert a right to host a “Deed of Gift” challenge, presumably sailed on an appropriate stretch of the Solent. This seemed to be a transparent ploy to grab a home-waters advantage and thereby become the defender rather than the challenger for the next full series.

Now, the New York Yacht Club is attempting to muscle themselves into their own seat at the table by submitting a separate challenge to the Royal New Zealand Yacht Squadron, complete with a 150-page draft Protocol.

NYYC Commodore, Chris Culver, proclaimed that the Protocol “includes the tools necessary to improve the long-term commercial viability and global reach of the competition, while remaining true to the Deed of Gift and to the spirit of one of international sport’s oldest competitions.”

Ho hum. There’s also the usual pious piffle about reducing costs, more one-design components, limiting the size of the teams, crew nationality requirements, a one-boat-per-cycle limit, etc etc. These are lofty ideals that nobody involved has, in the past, shown the slightest intention of honouring.

So where is all this headed if – as is likely – the Kiwis, British and Americans cannot agree on conditions for the next Cup? The New York Supreme Court.

It is a quirk of yachting history that the Cup is held as a charitable trust by the state of New York. Disputes are therefore resolved by lawyers arguing in front of judges.

The court, and its Appeal Division, have had plenty of experience deciding these issues. In 1983 they ruled against the NYYC objection to the ‘winged keel’ of Australia II. Then they struggled for years to resolve the ridiculous contest between New Zealand’s giant 130-foot sloop and Dennis Conner’s 60-foot catamaran.

In that case, the presiding judge, Joseph P. Sullivan, wrote in his 1989 opinion that “The deed of gift is silent as to the type of boat to be used by the defender. Nor is there any express mandate that the competing vessels be identical or even substantially similar.”

One of the other judges who voted to overturn New Zealand’s appeal, Israel Rubin, gave us this sour reflection on the whole sorry saga: “I cannot agree with the proposition that the America’s Cup competition is now, if it ever was, a paradigm of good sportsmanship.”

It’s looking like nothing much has changed in the intervening 34 years.