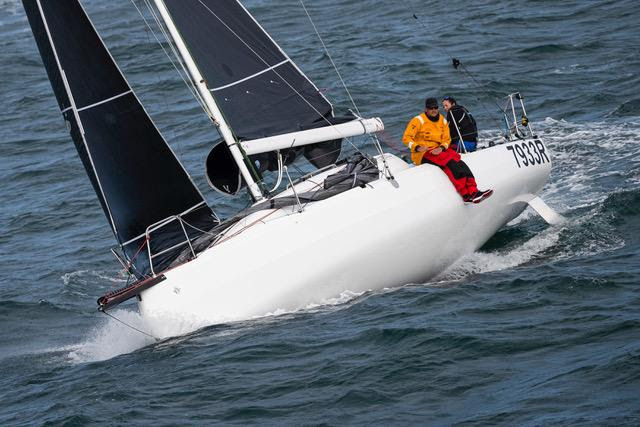 As we dig a little deeper into the troubled Mixed Two-Handed Offshore Race proposal for the 2024 Olympics the tensions between World Sailing and the International Olympic Committee become clearer.

Peak sporting authorities tend to play hardball politics and it seems likely that the offshore event could become a victim of those competing egos and interests. It is now apparent that the eleventh-hour changes proposed by the Oceanic Committee of World Sailing are a life-or-death rescue attempt to save the event.

The ‘concerns’ raised by the IOC – security, field of play, and TV coverage costs – would have been virtually impossible to satisfy were the two-handers to race on the original planned 24,000 square mile track.

Indeed, it is reasonable to assume that those conditions were imposed by the Olympic committee with the aim of killing the offshore race.  Their language is carefully diffuse (they cannot be seen to be dictating to individual international sporting federations), but the intention is clear. They are thought to favour kite boarding as a replacement.

World Sailing’s response – to reconfigure the event within a much smaller area closer to shore – would reduce coverage costs by bringing the whole race within 4G mobile range. The French Navy would also not need to patrol such a sizeable expanse of the Med to ensure security and safety.

Those changes represent huge concessions by World Sailing. Despite some powerful detractors a two-handed race has broad support in the keelboat and offshore community. But all indications are that the event is still in serious trouble.

The Council of World Sailing (for whom the offshore race is still their preferred event) must agree on two alternate sailing disciplines at their meeting on May 14. Those two, in order of preference, will then be considered by the IOC on 26 May alongside the revised offshore proposal.

It is certainly an unfortunate look for sailing as an Olympic sport, and there could well be blood on the decks before this impasse is finally resolved.