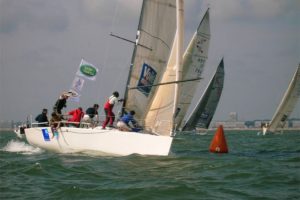 Two major European clubs, the Union Nationale pour la Course au Large ( UNCL ) for France and the Royal Ocean Racing Club ( RORC) in the United Kingdom, already partners in the management of the IRC tonnage, announced the launch of a call for projects for the creation of a new class of boats, called Class 30.

These sailboats, with a length of 30 to 32 feet, accommodating up to 6 crew will be available in three versions that can each sail separately in one design or together through a rating. The 1st version is intended for clubs, with minimal and simplified equipment, while the Class 30 OD (One Design) is aimed at private boaters with a wider range of equipment. A third model called Olympic is being considered if offshore racing is registered for the Olympic Games , in particular with video broadcasting systems. Read on.