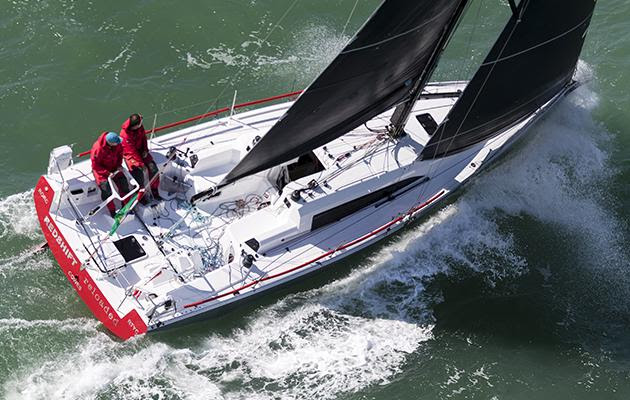 While the panjandrums of World Sailing and the IOC still wrestle with the fate of their troubled two-handed mixed offshore race for the Paris 2024 Olympics, authorities elsewhere have to deal with more immediate concerns.

SA readers will be aware of the awkward kerfuffle late last year during the run-up to the (COVID-cancelled) Sydney-Hobart race. At first, the Cruising Yacht Club of Australia welcomed two-handed entrants without restrictions. Then, after pressure from some influential skippers of conventionally crewed yachts, the two-handers were excluded from eligibility for the overall and existing divisional prizes and confined to separately created divisions of their own.

Severe disgruntlement followed, including multiple protests and murmurs of legal action. This disquiet is apparently unabated. Owners who shelled out $250,000 or more for the latest 30-footer or adapted an existing rocket-ship for short-handed offshore racing have not given up their fight to have the CYCA policy overturned.

But in the short term they don’t appear to have had much success. The Notice of Race for the next major offshore event in Australia, the annual 384nm Noakes Sydney-Gold Coast Race that starts on July 31, is unambiguous.

Under “3.3 Handicap Categories/Class” there is a clear distinction between fully crewed and two-handed boats. The short handers will race for separate prizes in IRC, ORCi and PHS. Further, “6.1 Scoring/Overall Winner” puts the matter bluntly: “The overall winner of the Noakes Sydney Gold Coast Race will be the fully crewed boat that wins the overall IRC Handicap Category”.

Nevertheless, (and no doubt mindful of the continuing unrest in sections of the local offshore community), the CYCA has not shut the door on the eligibility issue. Last Thursday, under the name of Commodore Noel Cornish, the club issued a statement to all members announcing a process aimed at resolving the schism. Its language is moderate:

“The Board endeavours to make positive changes and embrace change in all our Club activities while at the same time respecting our history and tradition. There are Members of our Club that hold a view that overall trophies for our major events should only be for fully-crewed boats and there are also Members that express concerns about two-handed boats’ handicaps. The Board would like to continue to progress the two-handed discussion in a considered and respectful manner…”

To that end the CYCA will now establish a working group with the aim of finding a consensus view among its membership. There are to be information and consultation sessions and ‘Town Hall meetings’ seeking feedback.

The club is to be commended for trying to find a peaceful resolution between what are strong views on both sides. But this controversy still has a long way to go. It will certainly need to be sorted out before June when entries are usually invited for the next Sydney-Hobart. Meanwhile, Commodore Cornish concludes his statement thus:

“We ask that people be respectful and courteous and let due process take place.”

Good luck with that.

live in the city of sails

Not a Regular Watering Hole