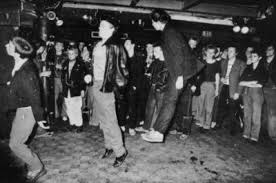 As an Olympic sport, sailing has always been problematic. It struggles to fit the fundamental “faster, higher, stronger” precept. There are just too many significant variables beyond the control of the athletes taking part, and too much reliance on complex – and fragile – equipment.

Through more than a century of Olympic sailing we have seen scores of classes come and go. Many were hailed as the way of the future; most have lapsed into the backwaters of the sport, and even into extinction. (Seen many O-Jollies out there lately? Snowbirds? 15 metres?)

So we shouldn’t be surprised that World Sailing and the International Olympic Committee have got their mainsheets in a twist over the untested mixed-gender, two-handed offshore race proposed for Paris 2024. What was hailed just a year ago as an exciting breakthrough for sailing now looks like it might not happen at all.

This is a mess of their own making. World Sailing proposed the event to secure their 10th medal competition and in response to heavy pressure from the European nations where two-handed offshore racing is booming.

The IOC initially waved it through without doing the due diligence that would have uncovered the many difficulties there would be in mounting the event as a fair and reasonable Olympic competition.

But the penny has finally dropped. The IOC has now given World Sailing an ultimatum with a six-week deadline: satisfy the Committee’s concerns on a number of key issues by 26 May or the offshore race is off.

Reading through those demands it’s difficult to escape the impression that the IOC has deliberately set the hurdles extremely high. At least two of their conditions would seem impossible to meet. They turn on the high broadcast costs of an event of such scope and complexity, and the lack of a prior Offshore World Championship.

To underline their obvious doubts about the two-handed race, the International Olympic Committee has helpfully suggested that World Sailing should develop proposals for an alternate event if they intend retaining their 10th medal.

That’s about as heavy as hints come.

The World Sailing Council meets on 14 May to agree a response and the IOC Executive Board is then scheduled to make its final decision in June.