a time of giving 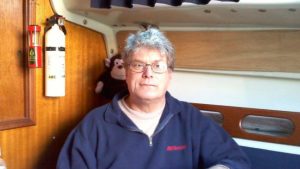 We shared the story of SA forum member Hobot, and now we want to help raise money for the poor guy. SA kicked down $500 and we are hoping that fellow anarchists can lend support. Here is the story…

Mark got COVID-19 over six weeks ago. He’s been in the hospital for four weeks. With COVID-19 he got pneumonia in the hospital, and his breathing became labored as he struggled to get oxygen. He was then sedated, then intubated and put on a ventilator.

He developed stress ulcers in his stomach, requiring drugs to stop the bleeding and four units of blood, then another unit of blood. They cauterized the wound. The intubator was  removed and he was taken off the ventilator, to see if he could breath on his own.  Then the ulcers started bleeding again, and as they fought save him, he received nine more units of blood and they had to clamp the veins’ supplying blood to the ulcers.

His breathing became labored, and he was sedated and intubated and put him on the ventilator again.  He’s finally got clear lungs, which means he’s beat the pneumonia. Today they removed the intubator, hopefully the final time.

the color of money