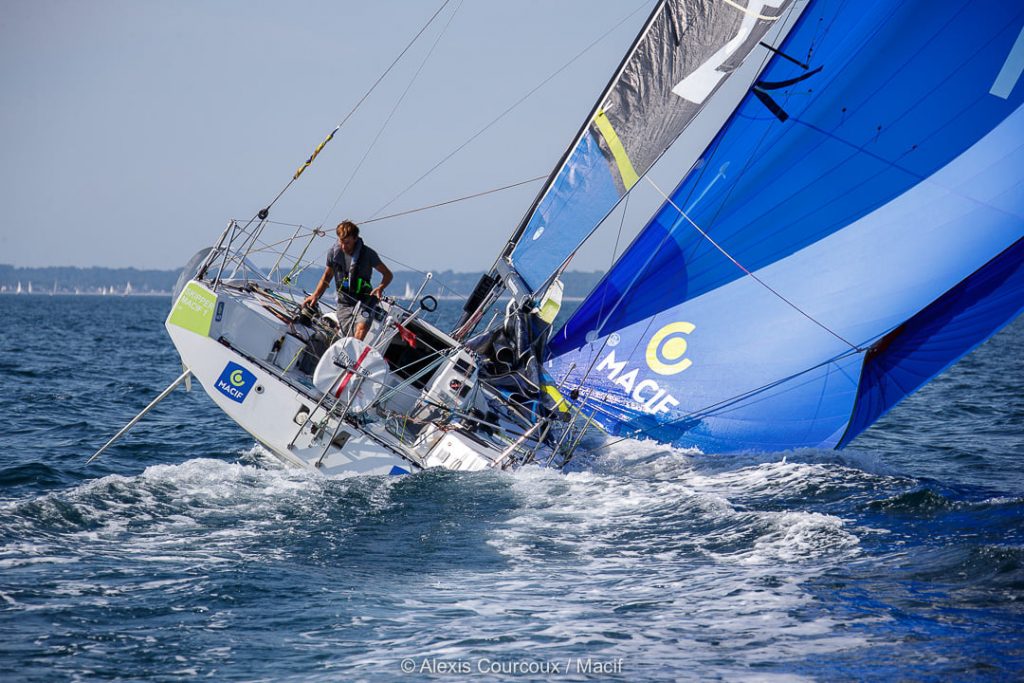 Just as Spring has sprung in the northern hemisphere, the world’s largest and most prolific solo and offshore one-design fleet has kicked off their season in a big way with the annual Solo Maitre Coq run out of Les Sables d’Olonne. Despite much of the country being under frustratingly peristent COVID lockdowns, the Figaro class and it’s protagonists managed to string together a week-long regatta with nearly thirty boats on the line.

Consisting of two shorter coastal races and a 340 mile long main event reminiscent of a single stage in the Solitaire du Figaro, the racing was characteristically tight at the head of the fleet with consistency rewarded in the overall rankings. When the dust settled, Tom Laperche onboard Bretagne CMB Performance came out as the overall winner, with Briton Alan Roberts on Seacart Services finishing a very impressive second.

On the 340-mile grand course, the fleet set off in light airs and big currents; highly tactical and demanding conditions for the solo skippers who were tied to the helm for extended periods of time with constant trimming and course changes necessary to be competitive. Taking a northerly option after rounding Île de Ré, Skipper MACIF 2019’s Pierre Quiroga moved to the head of the fleet and then managed to hold on for the duration.

As the light airs were replaced by a 30-35 knot front from a pretty reachy southwesterly angle for the trip to Île d’Yeu and back, the front runners endured nearly 24 hours of huge speeds and “underwater” conditions with their boats surfing wildly through waves at 20 knots under spinnaker or gennaker.

Leader Pierre Quiroga held onto the big gear and managed to extend his lead in the heavy and claim a resounding victory of nearly half an hour over Xavier Macaire on Groupe SNEF, who finished in second place. The two skippers who went 1-2 in the main event of the Solo Maitre Coq finished 4th and 5th overall, respectively. With the increased pressure came increased carnage however, including a ripped mainsail head board on perhaps the fleet’s most accomplished skipper; former Vendée Globe winner Vincent Riou, who makes his return to the Figaro fleet this year.

The two skippers racing under the American flag – Jesse Fielding and Francesca Clapcich – also had a humbling debut in the Figaro fleet, finishing well at the back in 26th and 28th overall, respectively. Classe Figaro experience should prove invaluable for them in their 2024 Olympic aspirations however. The 51st edition of the Soliaire du Figaro is in about five months’ time.