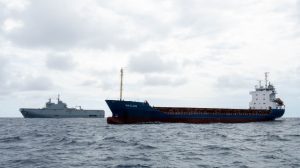 The French Navy completed a record seizure of more than six tons of cocaine from a cargo ship sailing in the Gulf of Guinea. Believed to be one of the largest individual seizures in the region, the operation involved close cooperation between multiple law enforcement agencies working with the navy.

The 4,400 dwt cargo ship Najlan believed to be owned by Indian interests and registered in the Federation of Saint Kitts and Nevis had departed Rio de Janeiro, Brazil in mid-February and was sailing toward Abidjan in Cote Côte d’Ivoire.

The ship had been placed under “special monitoring” the authorities reported based on information developed by the French anti-narcotics office (OFAST) and the Dutch police, in collaboration with the operational center for maritime intelligence analysis for narcotics (MAOC-N), an international agency based in Lisbon, the European Police Office (EUROPOL) and the Brazilian authorities. Read on. 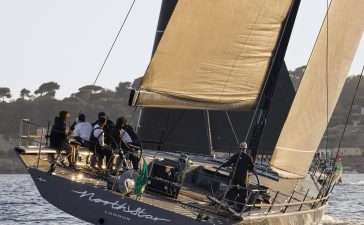