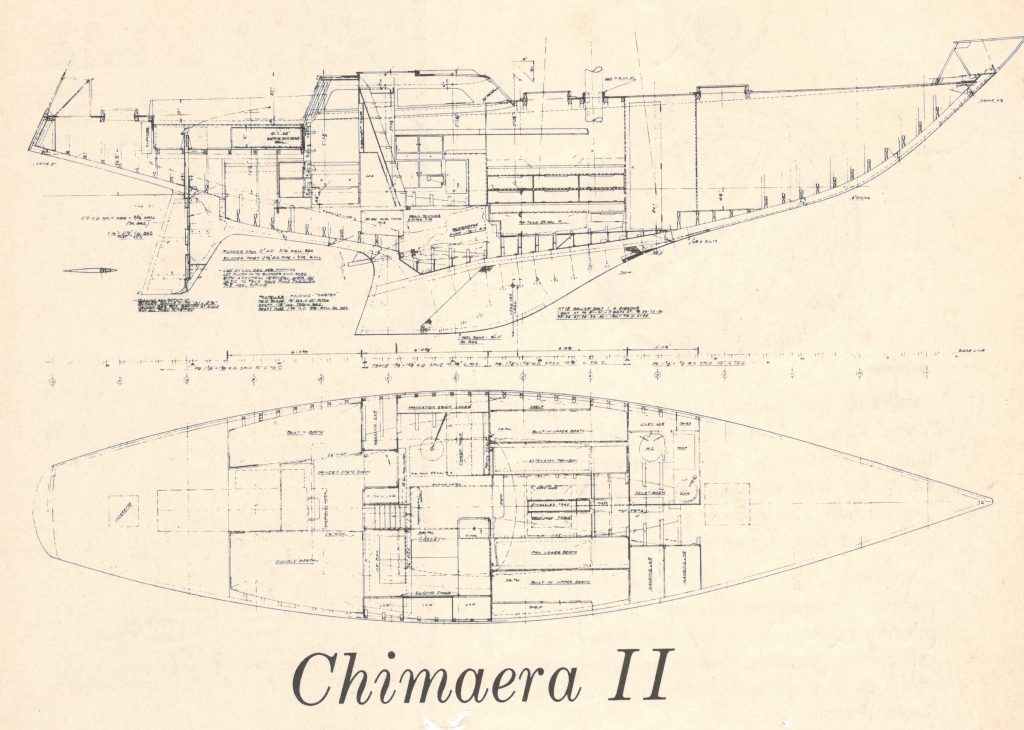 Today I am attaching a design clipping of Chimaera, the 46′ S&S/Driscoll sloop you profiled a couple of weeks ago. This clipping came from the old “Skipper” magazine, which was published in Annapolis up until the 1970’s before folding.

As for history, Chimaera was designed and built for Fred Leibhart, a prominent San Diego architect. He designed the San Diego Yacht Club building, and his own home on a high point of La Jolla.

Chimaera was sailed in the Acapulco Race in 1968, though afterward seems to have stayed mainly in the SoCal area. A few years ago, I sent copies of this to John Driscoll. I found this design to be near ideal, a balance of modernity and tradition, and very attractive. Good to see that she is well taken care of! – Anarchist Jeff.

no vor for you