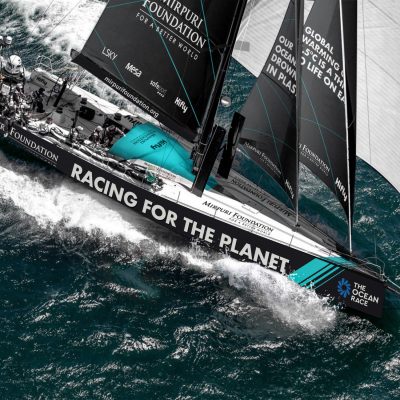 With the world still reeling from the impacts of the COVID 19 global pandemic, many major races have continued to be postponed, re-scheduled or cancelled entirely. One of the first – and biggest – casualties was the inaugural edition of the re-configured The Ocean Race, formerly known as the Volvo Ocean Race. With the start of the first edition of the race to include both IMOCA 60 and VO65’s being delayed by a year to October 2022, this newfound gap in the schedule has opened the door for an entirely new race to take place; The Ocean Race Europe.

A tour of Europe that will include up to five host cities, this new race hasn’t thus far been met with overwhelming enthusiasm, but with much of the world still experiencing a hangover from COVID, it’s hardly a surprise to see this new event sailing into headwinds from it’s inception.

Race organizers reportedly hoped to begin the race from the iconic Breton port city of Brest in late May, but city officials allegedly deemed the cost of hosting the event to be too high and have balked. Other cities rumored to be in the running to host the start are Saint Malo, Lorient and Dournanez; all cities capable of hosting the anticipated ten IMOCAs and five VO65s. The first leg will likely conclude in Cascais, Portugal, home of the sole VO65 entrant thus far; the Mirpuri Foundation Racing Team skippered by Yoann Richomme.

Exiting the Atlantic Ocean and entering the Mediterranean, a venue such as Saint Tropez or Nice would fit nicely into the program before a third and perhaps a fourth leg take place. Thus far, the race’s only confirmed port city is that of Genoa, Italy, which has now been announced as the finish of The Ocean Race Europe and the round-the-world Ocean Race.

While just one VO65 has confirmed their participation in this new event, at least four IMOCAs are expected to participate. The first major race to include IMOCA 60s being sailed in a full-crewed Ocean Race configuration (five crewmembers plus one onboard reporter), this tour of Europe will serve as a fascinating look into what the next edition of the Ocean Race will look like at the head of the fleet. Charlie Enright and Mark Towill’s 11th Hour Racing will be on the line with a crew that reportedly includes top female sailor Justine Mattreaux.

Fresh off his heroic finish in the Vendée Globe, Boris Hermann will be back with his Sea Explorer entry sponsored by Yacht Club de Monaco. As well, double Figaro winner Nicolas Troussel and Corum L’Epargne will be back on their new Juan K designed IMOCA which has shown great pace in it’s all-too-brief outings, having unfortunately dismasted early on in the Vendée Globe.

Certainly one of the most exciting entries however will be Vendée Globe podium finisher Louis Burton and his new Bureau Vallée 3, which is none other than Armel Tripon’s old L’Occitane; the unique scow-bow design by Sam Manuard that signals a revolutionary new entry into the IMOCA class. Showing great pace at the start of the inaugural Vendée – Arctique race last year and being the fastest boat from the equator back to the equator in the Vendée Globe, we’re stoked to see what Burton can do with the boat. Riding a wave of confidence after his third place finish (second over the line), Burton is now in a new position in the IMOCA class, that of a favorite who is in it to win it.

With the purchase of L’Occitane, Burton and his team have officially kicked off the silly season that inevitably follows every Vendée Globe. With many boats now up for sale including the latest Hugo Boss and Charal, Burton’s old steed Bureau Vallée 2 (ex-Banque Populaire VIII that won the ’16-’17 VG) is also up for sale for a cool 2.7 million Euros. While The Ocean Race Europe should serve as an exciting race in it’s own right, it will also serve as a prelude to the next four-year Vendėe Globe cycle which officially begins with the Transat Jacques Vabre on 7 November. – Ronnie Simpson.