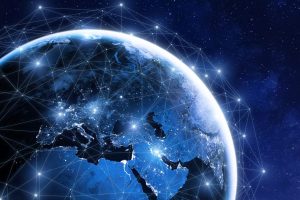 For years now, sailors have dreamed of some new type of technology that would allow one to be connected anywhere – at any time – on earth. From the top of Mount Everest to the middle of the Indian Ocean, such a technology could completely revolutionize the sport of sailing.

Whether day trading, attending online class, freelancing or working from home, the ability to be fully connected to the internet while at sea could suddenly make the sailing and cruising lifestyle a viable option for millions of people who are currently tethered to land. For the racing sailor, it could mean virtually unlimited access to weather data, publicly available tracker data and the ability to seamlessly upload video and media content from sea. Helping to bridge the gap between the haves and the have-nots, such a technology would quite literally be a game changer.

After years and years of dreaming and contemplating ‘what if’, these dreams are now becoming a reality. First launching their beta program in October 2020, Elon Musk’s ‘Starlink’ now boasts more than 10,000 users who are widely reporting upload and download speeds superior to the vast majority of DSL or mobile broadband connections.

With their beta testing growing and more than 1,000 satellites already in orbit, Starlink has just this month begun taking $99 pre-orders while the world’s wealthiest person is already eyeing an IPO which could send the company into the stratosphere, both literally and figuratively. American customers who opt to pre-order are being told that they should be able to expect service as early as “mid to late 2021”. The hardware for the system costs $499, including a one-time activation fee.

But will it even work on boats? A Twitter user named ‘jtrevorchapman’ asked that very question as he wants to circumnavigate on a sailboat with his five school-aged children. Musk quickly replied “Yeah, that will be relatively easy, as so few users out in the ocean”. While sailors and mariners will likely only make up a very very small percentage of the total market, it’s potential long-term impacts on this minority simply can’t be overstated.

As a racing and cruising sailor and sailing media professional, this writer is already salivating over the potential stemming from such an innovation. While many purists will undoubtedly wax poetic about this latest assault on the last bastion of remote ocean wilderness, the realists among us can not deny the potential benefits of this technological progress. What do you think? Weigh in on the forum thread. – Ronnie Simpson.