first in, but did he win? 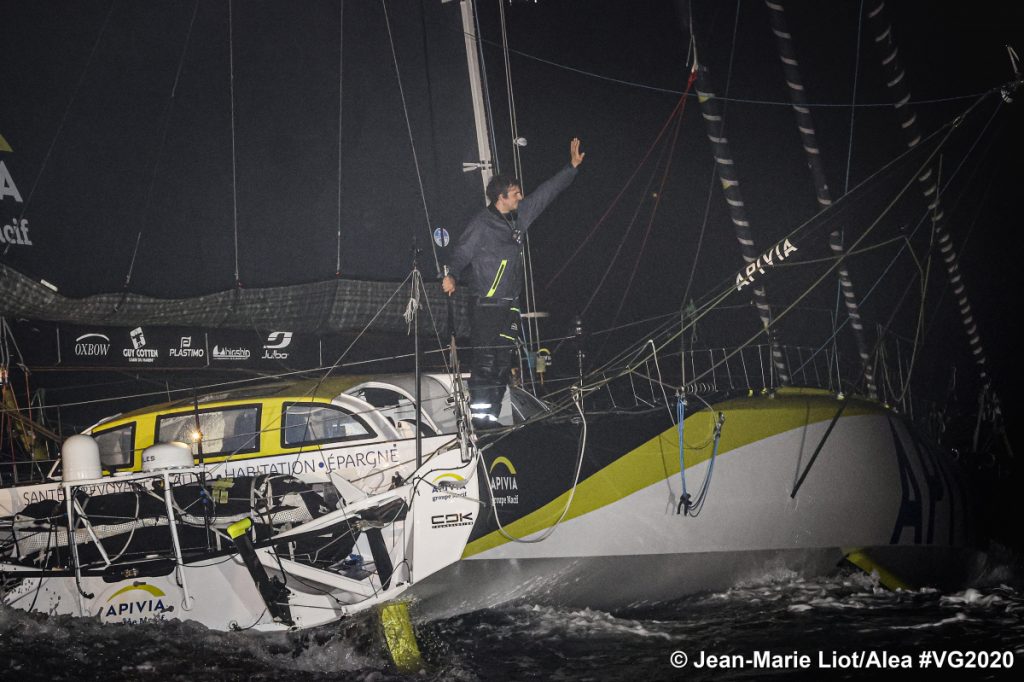 After an immaculately executed race, at 20h 35m 47s UTC this evening, 80 days 6hrs 15mins 47secs since the start on Sunday 8th November, French skipper Charlie Dalin emerged from a damp, misty Bay of Biscay to break the finish line of the Vendée Globe, the solo, non-stop round the world race, in first position and in doing so realised the ocean racing dreams of his youth.

But the 36-year-old skipper of APIVIA, who on Sunday November 8th started as one of the favourites to win this ninth edition of the Vendée Globe, now has to wait until two of his closest rivals have crossed the Les Sables d’Olonne finish line to see if victory is his.

Both Germany’s Boris Herrmann and French skipper Yannick Bestaven were allocated time allowances of six hours and ten hours and 15 minutes respectively for time and distance lost during their participation in the search for, and rescue of, stricken Kevin Escoffier whose IMOCA PRB effectively broke in two suddenly on November 30th, 550 miles SW of Cape Town, South Africa.

Although the win may end up going to one of the other two skippers – and the clock started when Dalin crossed the line – nothing can detract from Dalin’s immaculate, measured performance.

drunk and stupid is no way to go through life

how to steal a ship