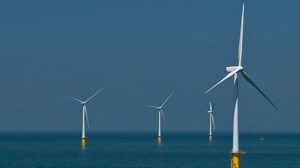 Oh look – a real President! After four years of that fat orange sack of fecal material’s constant onslaught on our environment (something you right wing Trumpsuckers never said a god damn word about, but you sure as fuck like to attack us for reporting on it), we now have a President and an administration that actually cares about the environment.  Get used to it, bitches.

And save your predictable, lame and frankly stupid emails to me like “stick to sailing” or “leave politics out of it”; as if saving the environment is somehow a political issue and doesn’t involve sailing. Only in the world of Trumptards would these things be considered political.

Y’all can fuck right off. Besides, don’t you have a QAnon meeting to attend? Or a Capital to storm? Idiots.

In a wave of executive orders signed within hours of assuming office, President Joe Biden redirected the orientation of American environmental policy with the stroke of a pen – and many of these changes will affect maritime interests. The U.S. is returning to the Paris Climate Accord, with potential implications for offshore energy development. The Keystone XL pipeline has been canceled again, reducing Canadian oil producers’ access to Gulf Coast ports. And offshore drilling in the Bering Sea and portions of the Arctic OCS is once again off the table with a renewed drilling moratorium.

Few of these proclamations will have an immediate effect – Keystone was already on pause due to a federal court order, there is little appetite for offshore drilling in Alaska at current oil prices, and the Paris Climate Accord has few hard-and-fast compliance requirements. Many of the other proposals will require a formal rulemaking process or new legislation. But the overall message could be summed up neatly with the White House’s call for all agencies to “immediately commence work to confront the climate crisis,” signaling more and deeper changes to come. Read on.