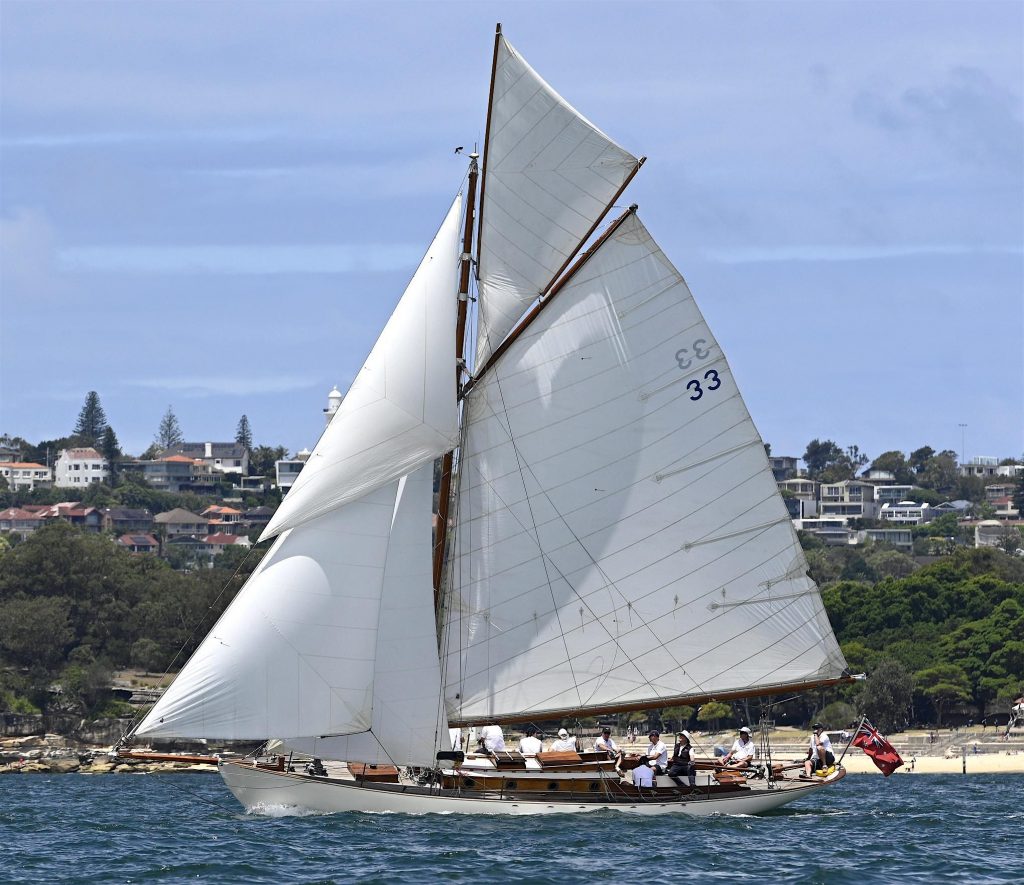 The dreaded Coronavirus forced the last-minute cancellation of the Sydney-Hobart Yacht Race but the traditions of the event were kept alive by a unique regatta featuring some of the most famous yachts to have competed in the early years of the 628nm sprint South.

Jointly organized by three of Sydney’s major sailing clubs, the weekend regatta was open to any boat launched before 1976 that had raced in at least one Sydney-Hobart. Twenty-five classic yachts entered, competing in three handicap divisions.

The first Sydney-Hobart was sailed in 1945. The beautifully restored 55’ foot ketch Archina, one of the yachts that took part in that inaugural race, came out to play again 76 years later and sailed in the veterans regatta.

The fleet boasted a host of other classic yachts with pedigrees that placed them firmly within the elite of Sydney-Hobart history. Nerida, Solveig, Anitra V and Love & War had all been handicap winners. Solveig, Margaret Rintoul, Fidelis and Kialoa II were line-honours champions.

Moderate breezes on both days allowed fair racing on courses that took the yachts on a tour of Sydney Harbour, including one leg that crossed what would have been the starting line for the Hobart race.

Some deft handicapping yielded results that were entirely in keeping with the heritage spirit of the event.

Division 3 was won by Sir James Hardy’s Nerida, a gaff cutter built by his father that won the race back in 1950. Division 2 went to the little sloop Jasnar sailed by Gordon Ingate who’d skippered the yacht to Hobart 70 years earlier. Division 1 was claimed by the elegant 8-metre Defiance, a veteran of the 1946 race.

At the presentation ceremony Cruising Yacht Club of Australia Commodore, Noel Cornish, expressed his confidence that the Classic Yacht Regatta would become a regular December lead-up event to the Sydney-Hobart Race.

out of the bag