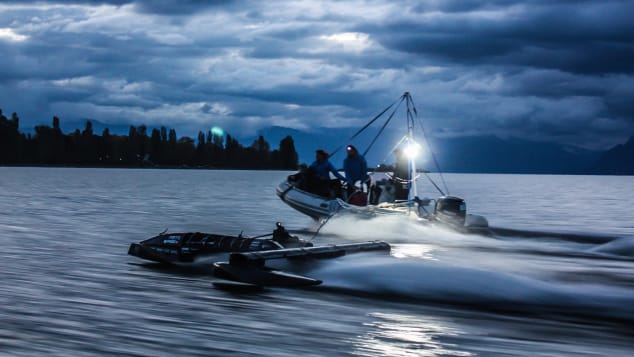 We’ve featured these things before, but here is more in-depth coverage from CNN.

For more than eight years, the world sailing speed record has remained unbroken.
In November 2012, Australian Paul Larsen reached 65.45 knots (or 121 kilometers per hour/75 mph) in his Vesta Sailrocket 2 in South Atlantic waters off the coast of Namibia.
However, two rival teams, one in France and one in Switzerland, are now striving relentlessly towards the same goal: to create the fastest sailboat ever built. One is headed by the former world title holder, and there are two brothers involved — but on opposing teams. Read on.
editorJanuary 16, 2021
Leave a reply