frank, gerry and me 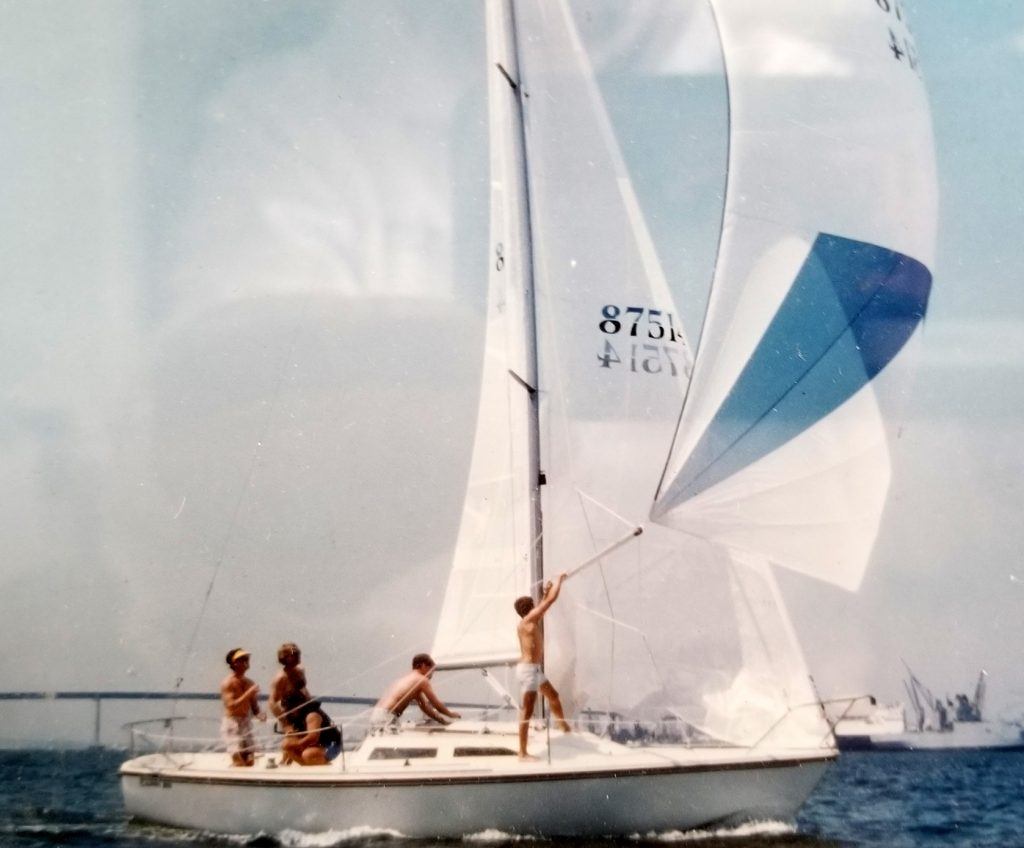 I am incredibly lame to have not written a single word about the passing of Catalina Yacht’s founder Frank Butler. Noticing that Frank’s right hand man and designer Gerry Douglas has just announced his retirement from Catalina, I reckon that I share a couple of experiences with these men…

I was selling sails at Sobstad Sails back in the 80’s, MORC was growing, and I had a bit of a relationship with Catalina, having won a fair number of races with a new Capri 30 (Silver Bullet) that we put together with Jack Dorsey Yachts in San Diego. I was good friends with Doug Peterson and I said “Hey Doug, what if we put a tall rig on a Capri 25 and sail it in MORC?”  He said “Sure, I’ll draw it up!” I was always amazed how eager Doug was to do oddball projects like this – so fortunate to have known him.

Gerry greenlighted the thing, so we put a tall double spreader rig from Forespar, had Carl Eichenlaub make the keel a little deeper, with a bit more area and sweep, and viola, the Angry Red Planet was born! That’s her pictured above, with from L-R, me, Jim Donovan, Paul Bishop, Chuck Simmons and Petey Formica sailing in the MORC West Coast Champs, which I believe we won.

The boat was just a blast – hauled ass in the light, and tipped over and died in breeze! So that led to talk about Doug designing a new, one-off MORC oriented 25′, and the Capri 25 MK 2 was born, again with the blessing of Frank and Gerry.  More like 26′, the boat, named Tuna Surprise, was really cool looking thing that was  good, but just short of the fast 25-27’s of the time. I think it was the only one made, and later it went on to do well as Capricious, sailed by Billy Peterson.

So  those are my very, very cool experiences with Frank Butler, Gerry Douglas and Catalina/Capri Yachts.  So much fun and a tip of the hat to a legend. – ed.

power to the people

the pride of florida