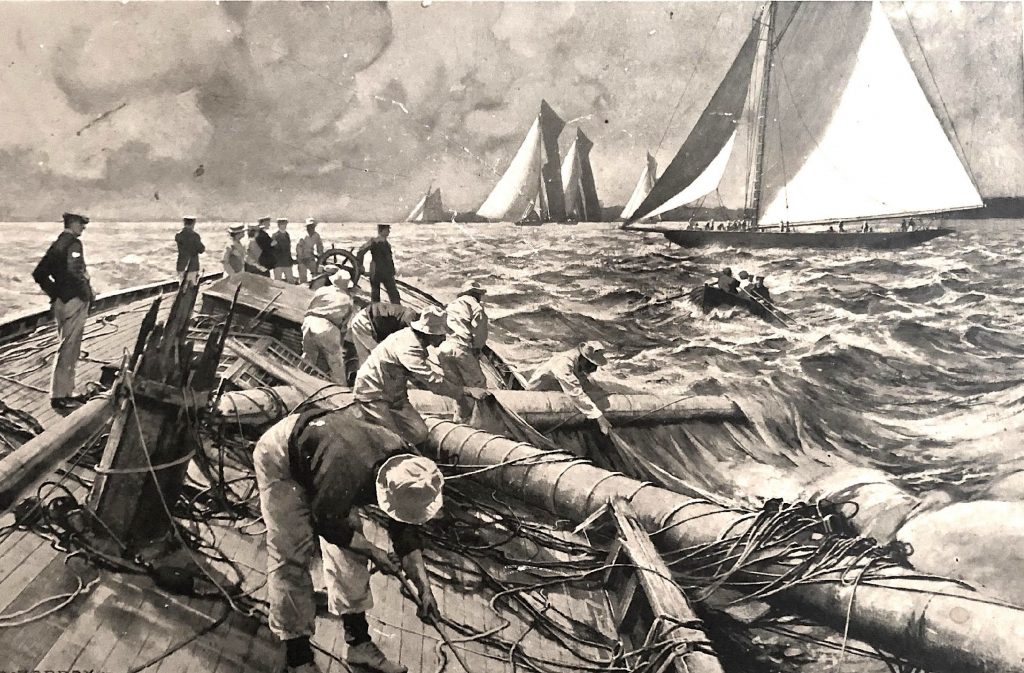 “We give this exceptionally interesting drawing by C. M. Padday, the well-known marine artist, which illustrates one of the various rules that must be followed during yacht-racing, or the results that come from the breaking of such rules. Rule 40, which is headed ‘Man Overboard and Accidents’ reads: ‘Each yacht shall render every possible assistance to any vessel or person in peril. A yacht neglecting to render assistance when in a position to do so shall be disqualified.’

This particular illustration is of especial interest at the moment when it is recalled that it was only the other day that the topmast of the Shamrock fell while King Alfonso was aboard, although, apparently, the disaster was not of as excessive nature as that shown in the drawing.”

(King Alfonso XIII of Spain escaped injury, as did King Edward VII a decade earlier when the massive steel mast of Shamrock II collapsed during a squall on the Solent. These days the Racing Rules of Sailing are not quite so severe on rendering assistance. Part 1.1 of the Fundamental Rules only requires that “a boat or competitor shall give all possible help to any person or vessel in danger”.)