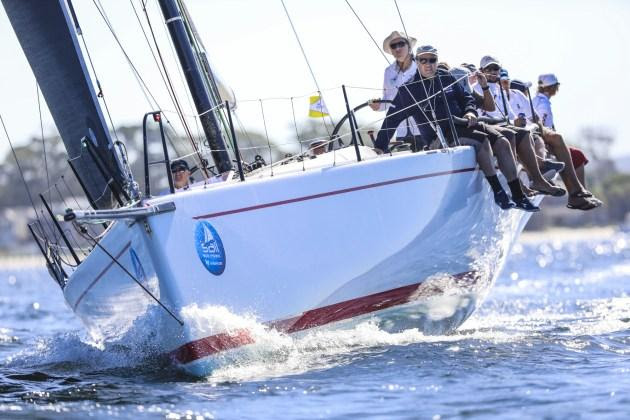 More than eleven months after the capsize of Showtime (formerly Midnight Rambler) the relevant local authority, Australian Sailing, has released a summary version of the review it conducted into the incident. It does not make pleasant reading.

The 40-foot modified Jason Ker design was returning from Hobart to Sydney after the 2019 race with a crew of seven, most of whom had seagoing experience and safety training. As they made their way up the east coast of Tasmania they were met by an increasing northerly air stream.

Approaching Bass Strait, Showtime was punching into three-metre swells, adverse current and strong winds gusting to 40 knots. The yacht was slamming and became difficult to steer, even with a reefed main and small headsail. But as the Australian Sailing summary confirms, comfort was now the least of the crew’s concerns.

“The skipper had throughout the passage so far paid very close attention to the keel bolts. Towards Gabo Island it was noticed that two bolts had fallen out of the keel support structure fastening it to the rib aft of the keel and disappeared into the bilge area presumably and could not be found by the skipper. A third bolt had worked its way loose, but due to the significant loads on the keel support structure this bolt could not be re-fastened and was left out.”

By that point the yacht was suffering knockdowns. The skipper telephoned the owner with a view to taking shelter but a decision was made to continue with the delivery. At around 02:30 on January 5, Showtime was knocked down again. There was a loud metallic noise and the boat rolled 90 degrees. The keel broke off and the hull inverted. It is worth noting that Ker did not not design this keel.

Three crew on deck were washed overboard and the four below were trapped inside. Miraculously, they managed to send a Mayday and activate the EPIRB before escaping and eventually joining the others in the liferaft. All were rescued within three hours by the local Water Police.

SA readers will remember a spirited exchange of forum posts shortly after the capsize. These were predominantly between the various parties involved in the yacht’s original design and subsequent modifications. An independent engineering review of the loss of the keel has been completed but its findings have not been released and do not form part of the Australian Sailing review.

However a number of key points did emerge.

*  One month before the 2019 Sydney-Hobart Showtime had hit a submerged object during the Bird Island Race while sailing at 20 knots. An inspection by a qualified shipwright revealed “no visible substantial damage”, but there was no inspection by a naval architect or engineer and no non-destructive testing was done on the welds.

*  While in the water, crew found it difficult to activate their PLBs while trying to stay connected to the hull. Most of the devices proved to be impossible to operate with one hand.

*  The four crew trapped below might only have managed to escape because their PFDs were manual and could be inflated once they were outside the upturned hull.

*  Tethers without quick-release clips caused difficulty while under pressure for those in the water.

The longer-term concerns with the keel design, construction and later modifications are largely matters for World Sailing to resolve as part of their compliance standards. Nevertheless, one of the recommendations that Australian Sailing has already agreed to in principle is that:

“Welded keels on yachts to be inspected by a suitably qualified engineer at intervals of not more than 12 months and the report forwarded to both AS and appropriate OA’s. Inspection is to include non-destructive testing of welds and an assessment of corrosion especially for welds.”

Meanwhile, World Sailing has acknowledged the need to consider whether a yacht’s racing documentation should now track any changes in its keel/rudder history, noting the original and any subsequent designers’ and inspection reports.