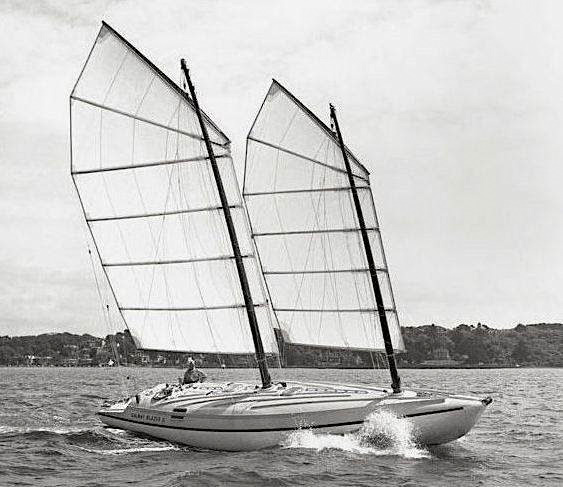 “We are still in the middle of another nasty gale. We have been over twice and below is filthy and a shambles. The whole bookcase has been wrenched away and books are all over the place, all 300 of them. Pushkin was found amongst the Mars Bars, Gerald Durrell in the pressure cooker. The spuds have split their bag and there is mud and flour on the floor.

Also the mustards, both varieties, decided to smash themselves against the B&G instruments. They were joined by the Hellman’s mayonnaise. Bits of glass everywhere around the chart table. A terrible smell as well, although I have mopped up the worst of it. And the rest will have to be done with buckets of water. The self-steering shaft sheared right off.”

(After which, things deteriorated even further. Crowther’s two-masted, junk-rigged yacht was knocked down again and most of the sails went over the side. After 130 days at sea – first racing, then under jury rig – he finally drifted into Capetown. Galway Blazer sank mid-Atlantic in 1996.)

the end of the innocence