Fuckin’ Ericson 35-2 sailors are the worst! 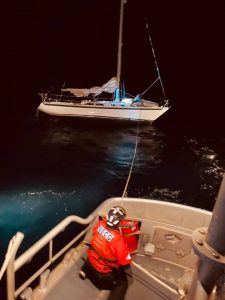 A long night for the crew as they got underway on the 47308 to a report of sailing vessel “Island Hopper” who reported water in their fuel leading to engine failure.

Island Hopper was approximately 6 NM from Cape Point on the east side of Diamond Shoals. Thankfully the wind was blowing them away from the shoals and into deeper water.

The crew got underway at approximately 0120 and began their long journey to the last known position of Island Hopper. Read on.

Jump in the thread, brought to you by Marlow Ropes.

climate change is a hoax