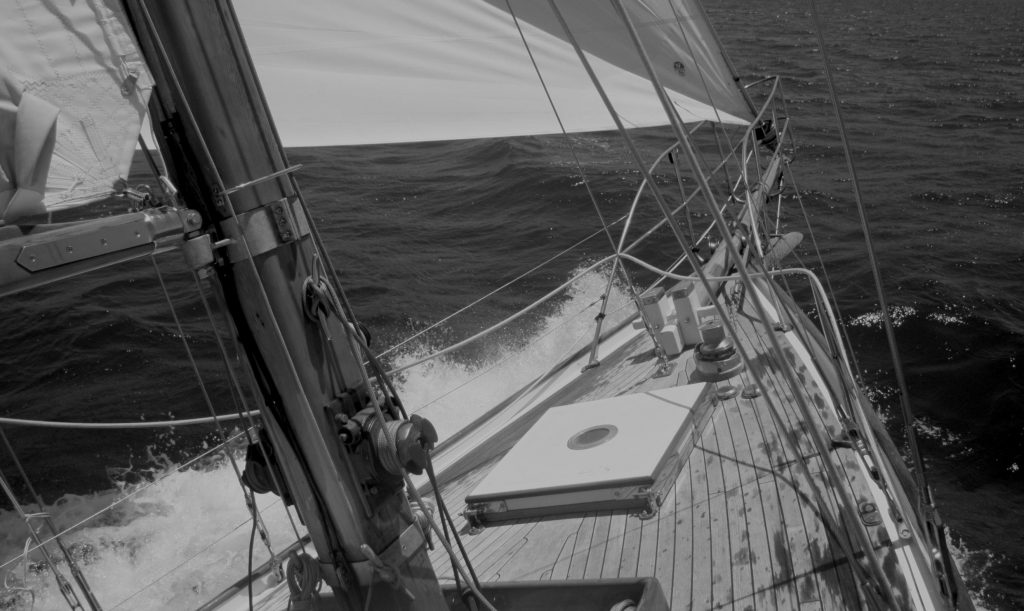 “In 1948 I was asked to go down to Hobart on Archina with Phil Goldstein. She was a beautiful boat. We knew nothing about tactics. It didn’t interest anybody. You just went in the general direction of Hobart. Whether you were going on the gaining leg or the losing leg nobody seemed to know.

She had about an eight foot or a nine foot bowsprit, with no rails around that at all. It was an absolutely death-defying act to change headsails on her. The only way I could get out on the end, I used to lie down, reach forward and grab the whiskers, pull myself out and then stand up. If you’re going to windward you’d look down and there was about 100 feet of air between you and the water. Down she’d go and you’d be about five feet underwater. You’re on the end of the bowsprit hanging on for grim death. It was quite interesting changing sails on her.”

(Peter ‘Grandad’ Green was a pioneer of offshore racing in Australia, competing in 35 Hobarts including a win on Pacha in 1970. He taught generations of young sailors and played a leading role in the development of proper safety standards for ocean racing.)

the other santa cruz