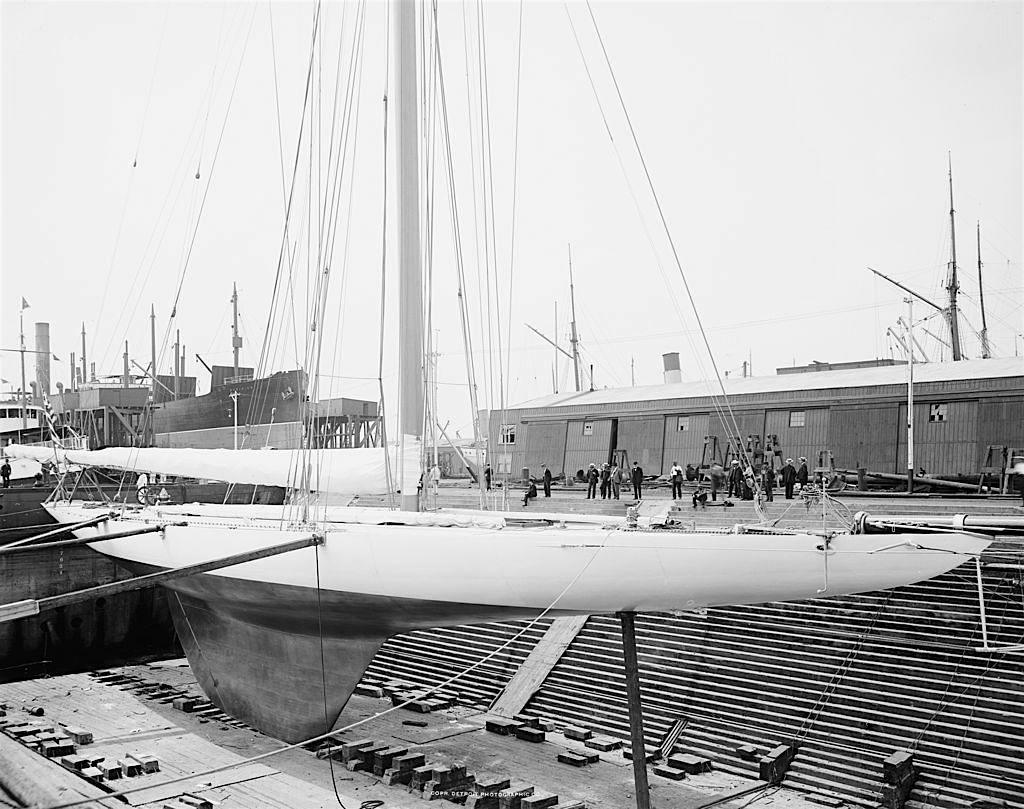 “Reliance, the 1903 America’s Cup defender designed by Nat Herreshoff, was funded by a nine-member syndicate of the New York Yacht Club headed by Cornelius Vanderbilt III. The design took advantage of a loophole in the Seawanhaka ‘90-foot LWL’ rating rule to produce a yacht with long overhangs so that when heeled over, her waterline length (and therefore her speed) increased dramatically.

Reliance was the first racing boat to be fitted with winches below decks, in an era when her competitors relied on sheer manpower. Despite this, a crew of 64 was required for racing due to the large sail plan. From the tip of her bowsprit to the end of her 108-foot boom, Reliance measured 201 feet. Her spinnaker pole was 84 feet long, and her total sail area of 16,160 sq ft was the equivalent of eight 12 meter class yachts.”

(Vanderbilt said “Call the boat a freak, anything you like, but we cannot handicap ourselves even if our boat is only fit for the junk heap the day after the race.” Herreshoff’s extreme design defeated Shamrock III in three straight races but her career was cut short by the introduction of the Universal Rating Rule. Reliance was sold for scrap in 1913.)