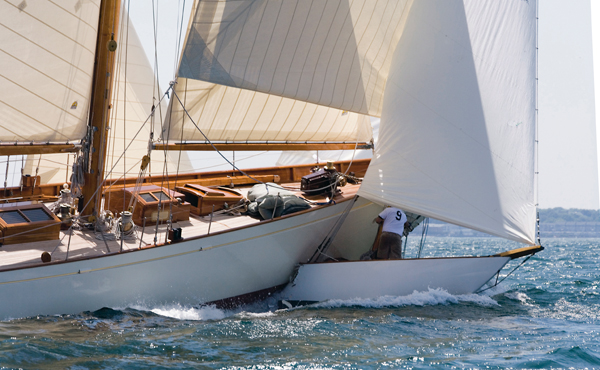 The causes of this 2007 collision at Newport between Sumurun, the 94’ William Fife 1915 ketch, and Amorita, a Nat Herreshoff 44’ gaffer launched in 1905 were complex.

A third classic yacht, Alera, had spun Amorita into Sumurun’s path although the big ketch was found to be at fault for not keeping clear. Amoirta sank, but after a two-year legal battle was restored and re-launched in 2011.

too fast to float