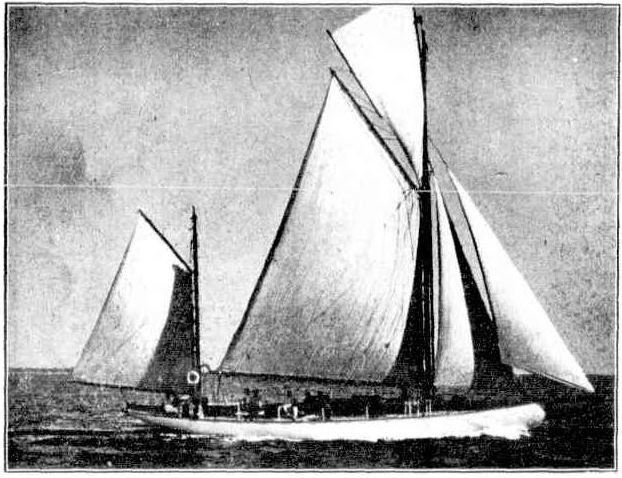 “Throughout and practically the entire trip from Port Jackson to Thursday Island the yacht encountered heavy weather. She was forced to shelter for eight days in Salamander Bay, Port Stephens. Off Smoky Cape she was hove to under storm canvas for 15 hours with the engine going full, just holding her own against a northerly wind in thick rainy conditions.

At Cape Moreton, a westerly gale compelled us to up anchor and put to sea without our provisions. The gale drove us 60 miles offshore. After being close hauled under reduced canvas for 249 miles, the yacht reached East Rocks. For four days and five nights she drove before the gale before gaining the entrance inside the Great Barrier Reef, where it was found possible to set a square sail. Under this she ran before the wind for nearly 800 miles.”

(Dempster, a seaman who became a prosperous real-estate agent, made the round trip from Sydney to Thursday Island in his 25-ton yacht Stormy Petrel with a crew of four. They covered 5,100 nautical miles in five months. Also a keen racing sailor, he was a pioneer of the Sydney 18-footer class and skippered Bona against Sayonara in their famous contests.)