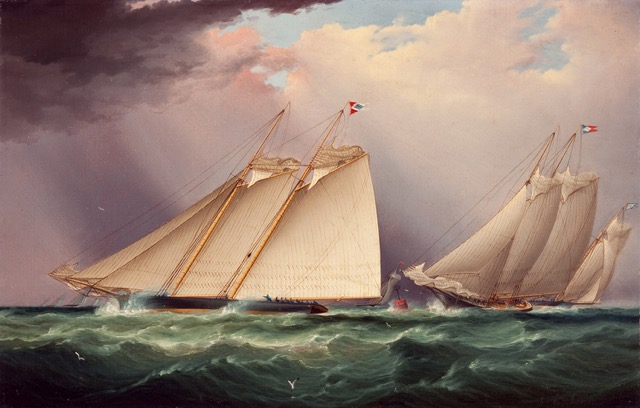 “The Royal Yacht Squadron, as the club became in 1833 by favour of King William IV, found it necessary from time to time to devise certain rules for the proper conduct of yacht races; and the sport is still indebted to the Squadron for some wise and far-sighted legislation.

The first sailing matches were robust affairs. Ship-proud owners challenged each other with insulting arrogance and provocation, offering purses that make present day regatta prizes sound paltry. There were no slide-rule experts to work out time-allowances and handicaps in these truculent matches. Many and fierce were the jealousies and quarrels, so that we hear of such outraged mariners as he who tore the club buttons from his coat, vowing with tears he would race no more.”

(Formal racing between sailing boats is thought to have begun in the Netherlands in the 17th Century. Before long, wealthy yachtsmen in Britain were racing custom-built yachts for hefty wagers and odds of up to 100-1. One-design racing was invented in 1886 by an Irishman, Ben Middleton, who believed winning a yacht race should depend on the skill of the sailors, not the design or size of the yacht.)