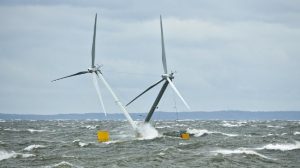 The two-headed floating wind turbine prototype known as Nezzy² has completed a two-month testing period in the Bay of Greifswald off Germany’s Baltic Sea coast.

The 18-meter, 1:10 scale model consists of two wind turbines on a floating platform. The test was run jointly by the German wind technology company Aerodyn Energiesysteme and the utility EnBW.

During the test, 180 sensors were used to take 30 different measurements to determine how the design functions in different wind directions and speeds, as well as different wave heights and directions. Towards the end of the trial, the prototype also withstood a significant storm: According to EnBW, if the weather conditions had been scaled up to match the future full size of Nezzy², the waves and winds were equivalent to a category four to five hurricane with waves reaching heights of up to 30 meters. Read on. 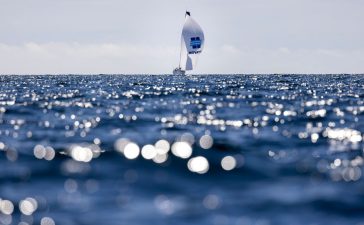 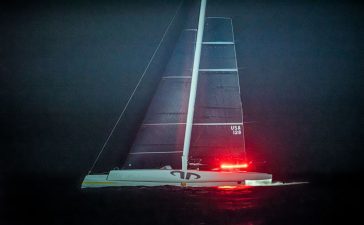 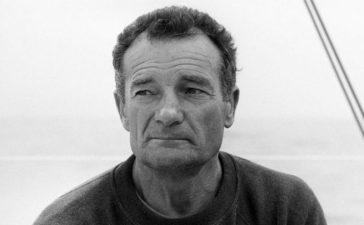 a push for the pond