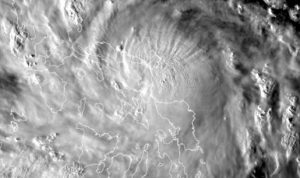 A fast-moving typhoon crossed the Philippines and headed west towards Vietnam on October 26, leaving widespread destruction and stranding numerous ships with their passengers and cargoes. At least a dozen fishermen are reported missing, and the Philippine Coast Guard went to the rescue of multiple vessels as the storm with wind gusts up to 100 miles per hour moved west.

The storm – known as Typhoon Quinta in the Philippines, and Molave internationally – moved over the southern provinces displacing at least 25,000 people. Some reports suggested as many as 50,000 people had been evacuated as the storm approached the island nation. Read on.