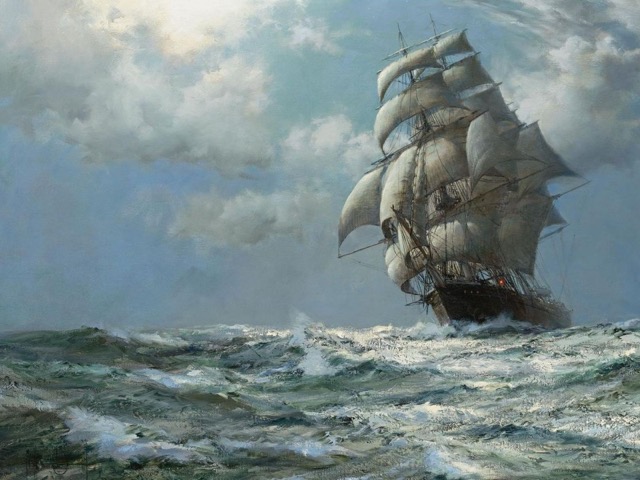 “A ship is a creature which we have brought into the World, as it were, on purpose, to keep us up to the mark. In her handling, a ship will not put up with a mere pretender. A ship is not a slave. You must make her easy in a seaway, you must never forget that you owe her the fullest share of your thought, of your skill, of your self love.

If you remember that obligation, naturally and without effort, as if it were an instinctive feeling of your inner life, she will sail, stay, run for you as long as she is able, or, like a sea-bird going to rest upon the angry waves, she will lay out the heaviest gale that ever made you doubt living long enough to see another sunrise.”

(Conrad made his first sea voyage in 1874 aged 17 on a small barque that sailed from Marseilles to Martinique. By 1877 he had transferred to the English merchant marine, probably to avoid compulsory military service in Russia. The following year he sailed on a clipper ship from London to Australia. He ended his service at sea in 1894.)

turn off, tune in, trap out