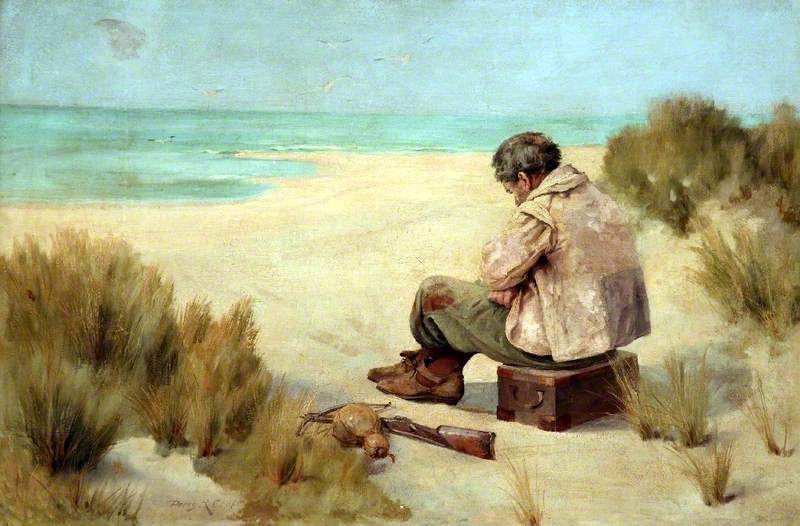 “The first known fictional account of marooning is an Egyptian papyrus fragment, Le Naufrage, the tale of a solitary castaway on a beautiful island learning to survive. Le Naufrage has been described as the earliest written story of any kind: the first European fantasy was being cast away on the ocean in a place beyond everything you have experienced before.

Some of the first European ships in the Pacific simply disappeared, foundering in cyclones or on reefs and islands that weren’t on any chart. Sailing through these waters without a reliable chart was like playing Russian roulette. But it is now believed that some, perhaps many, of the sailors whose ships were wrecked in the Pacific did not drown, and that Alexander Selkirk’s marooning was not in itself unusual. What made Selkirk different as a castaway was that he was later picked up again.”

(Hordern’s book blends his own sailing adventures with an eclectic ramble through the romantic history and mythology of the Pacific. He has sailed his 28-foot sloop from New Zealand to South America, the largest uninterrupted stretch of water on the planet.)

your day on the bay

no flag, no foul