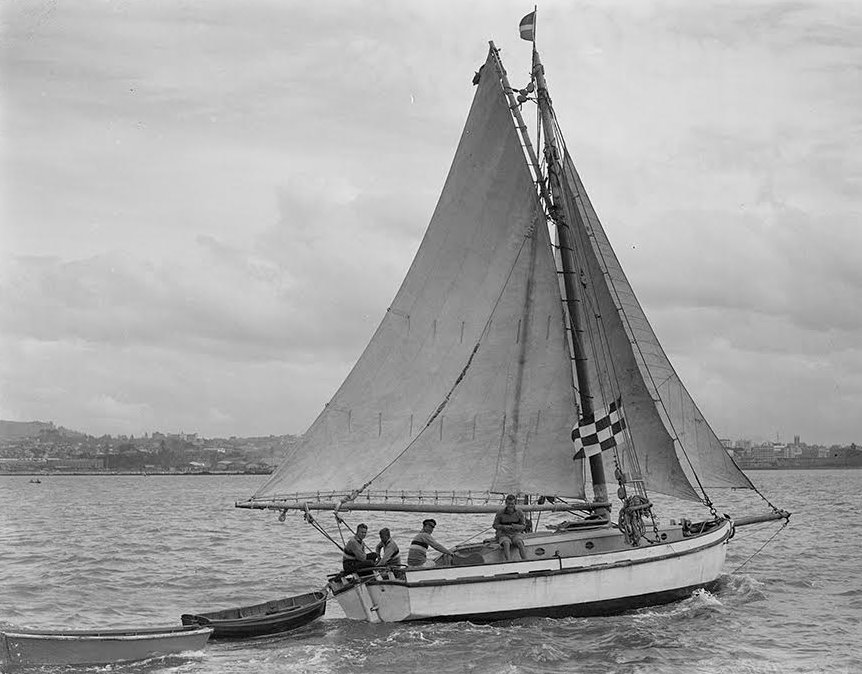 “On the 22nd the wind increased to nearly gale force and the barometer fell to 29.75. All our extras were down now, and with the mainsail alone we were running before the growling seas at a giddy nine knots. As I stood with my feet braced in the cockpit, struggling with the tiller, I knew that my ship was alive. She was trying to show me what she could do and I was very proud of her. My mind travelled back to those old, grey kauri logs that had been hidden away on beaches round the New Zealand coast. If I hadn’t got the sack and towed those logs into Auckland, they would still be there, hidden and wasted. But I had built a real live yacht out of them – a vessel that was now joyfully speeding along, ploughing her way across the Tasman.”

(Wray built his self-designed 35-foot sloop Ngataki from salvaged materials during the Depression on his parents’ front lawn. Without any racing experience he entered the 1934 Trans-Tasman race from Auckland to Melbourne and finished in second place. He and his beloved Ngataki then spent most of their lives cruising the South Pacific.)