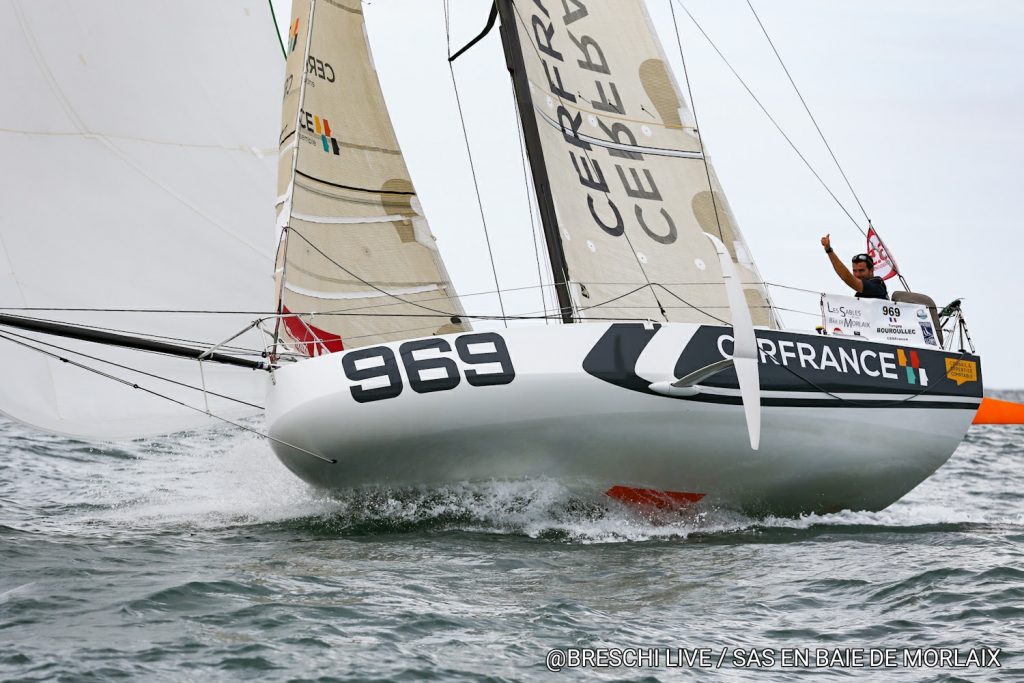 Tanguy Bouroullec crossed the finish line of the third stage of the Les Sables – Les Açores en Baie de Morlaix, thus completing the 500 miles of the course in first position among the Proto after 3 days 00 hours 22 minutes and 24 seconds at sea.

Already leader in the provisional general classification of the event with a lead of 2h34 on his runner-up at the end of the first two races, the skipper of the foil Pogo in the colors of Cerfrance drives home the point. Subject to protest by the jury, he should therefore win the race and thus become the first double winner of the event.