will covid kill the cup? 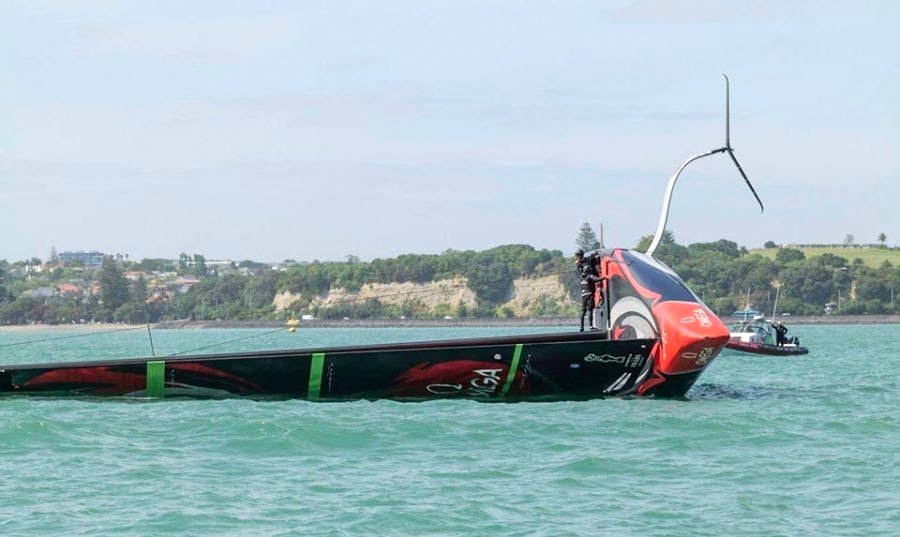 Can there be a more convenient catalyst than the COVID catastrophe to serve as an excuse to abandon this America’s Cup and start again with a fresh approach?  The defending host nation, New Zealand, is now battling a resurgence of the virus and we know from outbreaks elsewhere that a ‘second wave’ can be very difficult to defeat.

The multiplying complications for the Cup are obvious. All the competing teams are multinational. Travel restrictions, let alone quarantine, have already caused chaos.

The huge revenues expected from visitors during the Cup racing will be minimal. The AC boats out practicing on Hauraki Gulf now present an unreal, ‘dance of death’ spectacle. The whole thing has a ‘what if they gave a war and nobody came’ feel.

But let’s look on the bright side. This could be the opportunity to ditch the grotesque circus that the America’s Cup has become and return the event to its roots as a genuine sailing contest.

Only total waterspeed freaks and those with a direct commercial interest would deny the whole shebang is out of control. INEOS proudly circulated a team photo showing the 100+ staff it takes to put their challenger on the water. The engineering and computer technology is so complex – and expensive – that it has no meaning or application to the ordinary sailors who keep the sport alive.

‘Oh yes, but you can’t stop progress’ (I hear you say). Of course not, but it can be regulated and controlled.

Consider the Etchells, still the most keenly contested class in the sailing world after more than 50 years of continuous competition. Same hull dimensions, same rig, same sail areas, no carbon.

Nobody who values the traditions of the America’s Cup would suggest that it be a strict one-design event. The J-Class and 12 metre rules allowed for design innovation within a range that was sufficiently narrow to ensure close competition yet reward sailing excellence.

Development has its place. But the current situation in which the design parameters are so complex that the defending consortium has to provide the challengers with major common components is a bizarre corruption of that principle. It seems as pointless as insisting that all MotoGP racing bikes use identical engines.

Meanwhile, treating the Deed of Gift as if it were still holy writ is equally nonsensical. It is not a law, or even a legal contract. It is a loose, rather quaint document written in a bygone era when the sport was nothing like it is today.

To resolve disputes about the conditions of a sailing race by hiring lawyers to argue about the implied meanings of the Deed in the New York Supreme Court is a laughable corruption of the whole idea of ‘sport’.

Defenders now seem to change the rules almost at will anyway, after negotiations with the Challenger of Record. Foiling monohulls with stored power and computer guidance? Show me that in the Deed of Gift.

Surely it’s time to admit that the whole America’s Cup contraption is about to collapse under the weight of its own accumulated excesses.  There were 17 syndicates and 30 boats at the 1987 series in Fremantle. For the next Cup there are just three challengers. Let’s forestall the inevitable decline to extinction, invoke COVID and abandon Auckland 2021 to create something new that invigorates one of the world’s greatest sporting events.

There would, of course, be a delicious irony if the Cup in its current form were to end in New Zealand. It was the Kiwis, with Michael Fay’s ambush challenge in 1988, who first destroyed the agreed conventions that had underpinned the competition for more than a century.

As ye sow, so shall ye reap…