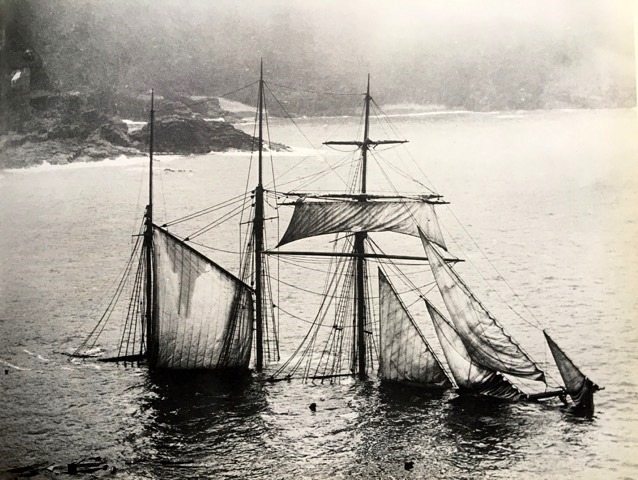 “As long as there have been merchant ships, there have been wreckers. For many isolated communities around the globe, shipwrecks were godsends – and a headache for government officials. The Rules of Oleron, a set of laws first promulgated by the French around 1160, singled out those who ‘like faithless and treacherous villains, out of design to ruin ships and goods, guide and bring her upon the rocks.’

During the colonial era, sea captains often tried to avoid notorious wrecker communities in places like the Cornish Coast of England and the Outer Banks of South Carolina. In the Florida Keys, the Georgia Gazette reported in 1790 that ‘The wreckers generally set the ships on fire after they have done with them, that they may not serve as a beacon to guide other ships clear of those dangerous shoals.’” – Hadley Meares – The Wreckers (2018)

(There is much mythology about remote coastal communities luring ships to their doom at night by using bonfires or powerful lanterns as false navigation markers. The true extent of that heartless practice is difficult to establish. What we do know is that many seaside villages welcomed the rich pickings of a wrecked ship.)