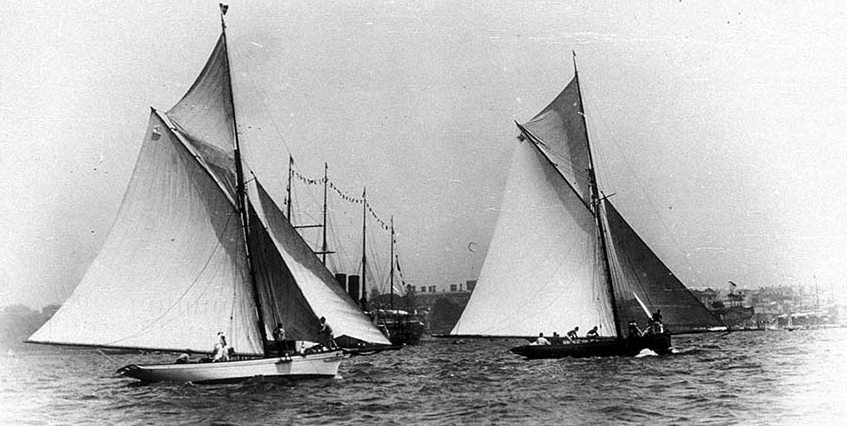 “Logan entered his cutter Akarana in the annual National Regatta to be held on 26 January 1889 to celebrate Anniversary Day. Competition was lively and the event was well supported by yachtsmen and business and public figures alike. The NSW Government funded the prizemoney.

The race was for second class yachts under 20 tons and Akarana’s competition  included Assegai, Iolanthe (designed by William Fife), and the larger Sirocco. The owners were competing for a first prize of £20 and three cases of French champagne, presented by Alfred Simon of Moët and Chandon who was visiting Australia promoting the Dry Imperial 1884 vintage.

Logan’s reputation was at stake, as was the expected successful sale of his yacht.”

(Akarana won the race. Robert Logan designed and built the gaff cutter ‘on spec’ at his boatyard in Auckland and shipped the 39-footer to Australia to race for cash prizes against the best local yachts. She was fully restored in New Zealand in 1987 as a gift to Australia to celebrate the nation’s bicentennial.)